Attorney Steve Zansberg, widely-recognized as the preeminent First Amendment and media law lawyer in the Rocky Mountain region, has left Ballard Spahr to open his own firm, the Law Office of Steven D. Zansberg, LLC.

Zansberg will continue handling civil litigation, including defamation, other publication torts, intellectual property, and access matters, for newspapers, broadcasters, web-based publishers and others, from his newly formed solo practice.

“Although I have greatly enjoyed practicing alongside my colleagues and friends at Ballard Spahr (who are literally ‘the best in the business’), I’m excited to venture out on my own, providing my clients the same high-quality legal services at dramatically lower rates and with greater flexibility,” Zansberg said. “Working from home through the COVID pandemic, and seeing the devastating economic toll these past few years has had on the news industry, I realized I could better serve my clients outside of a large, national law firm.” 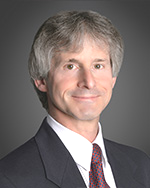 Prior to law school, Zansberg was a broadcast journalist at KQED-TV in San Francisco, where he produced documentaries and news segments for The MacNeil-Lehrer NewsHour, PBS and ABC News. Following a federal appeals court clerkship, Zansberg began his media law practice in 1996 at Faegre & Benson (now Faegre Drinker) where he became a partner in 2001. In 2007, he and two other lawyers left that firm to join First Amendment litigation boutique, Levine Sullivan Koch & Schulz, opening its Denver office. In 2017 that firm merged into Ballard Spahr with more than 650 attorneys in 15 offices.

Zansberg will continue serving as the President of the Colorado Freedom of Information Coalition, where he has successfully advocated for reforms to Colorado’s open records and open meetings laws, and recently succeeded in prompting the state’s judicial branch to adopt a statewide standard for public access to criminal case files.