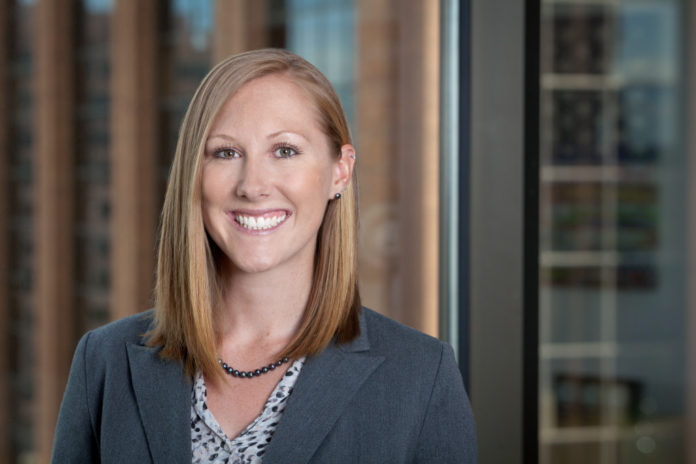 Curray York & Associates announced Thursday the addition of three attorneys, including Breanne Johnson, who is rejoining the firm on Feb. 1. In addition to Johnson, the firm has also added attorneys Sarah Collins and Adrianna Romero Quezada. All three attorneys focus on providing immigration counsel to businesses and individual clients.

Johnson is rejoining Curray York & Associates after working with a civil rights and immigration law firm in Seattle. Johnson initially joined the firm as a law clerk while attending the University of Colorado School of Law. She has experience in immigration law, including business, family, naturalization and consular matters. She also has experience representing clients in I-9 audits. She received a bachelor’s degree from Pacific Lutheran University and received a law degree from the University of Colorado School of Law

Collins represents clients in business and family immigration law. She gained experience in immigration working as a student attorney with the Immigration Law and Policy Clinic and as an intern with the Executive Office for Immigration Review. She also clerked with Curray York & Associates during law school. She received a bachelor’s degree from Colorado State University and a law degree from the University of Denver Sturm College of Law.

Prior to joining Ireland Stapleton, Abbott served as in-house general counsel for a hemp company, and she previously worked in private practice in Montrose.

Bonora has experience in healthcare staffing and labor law, and previously had positions with Envision Healthcare, Vail Resorts and the U.S. Department of Justice. At Fastaff, Bonora will be responsible for guiding the company’s legal efforts, including developing policies and procedures, as well as regulatory compliance and audit processes.

BakerHostetler announced Jan. 22 that Timothy Worrall has joined the firm as a partner in both its Denver and San Francisco offices. Worrall joins the firm’s intellectual property practice group.

Worrall is a national and international patent prosecutor with an emphasis on the energy, pharmaceutical and medical device sectors. Worrall’s background consists of helping innovators protect and maximize the life cycle of products, assays and devices.

Spencer Fane announced Friday that Jonathon Watson has joined the firm’s labor and employment practice group. He will be a partner in the Denver office.

Watson represents businesses ranging from startups to Fortune 100 companies in local and national employment claims arising under Title VII, the ADA, and the ADEA, as well as wage-and-hour class and collective actions in all stages of litigation. He also represents clients and represents clients on unfair labor practice claims, the National Labor Relations Act and arbitrating labor disputes, and in handling complex litigation matters related to claims made against employers.

Caplan & Earnest announced that it has added attorney Ashlyn Kahler-Rios to the Boulder-based law firm. Kahler-Rios is a member of Caplan & Earnest’s immigration law section, where she represents clients on a range of employment and family-based immigration matters, including I-9 audits and compliance for employers and removal defense for individuals. She also supports the firm’s education law and employment law clients.

Kahler-Rios first joined Caplan & Earnest as a summer law clerk, where she conducted legal research, writing and analyses on behalf of the firm’s attorneys. Prior to joining Caplan & Earnest, she drafted appellate briefs and internal agency memorandum on matters of federal-state law conflict as a legal intern at the Department of Homeland Security’s U.S. Citizenship & Immigration Services. She also served as a legal intern with the U.S. Department of Justice’s Executive Office for Immigration Review, where she worked on complex legal issues within the federal immigration, administrative and state criminal law context.