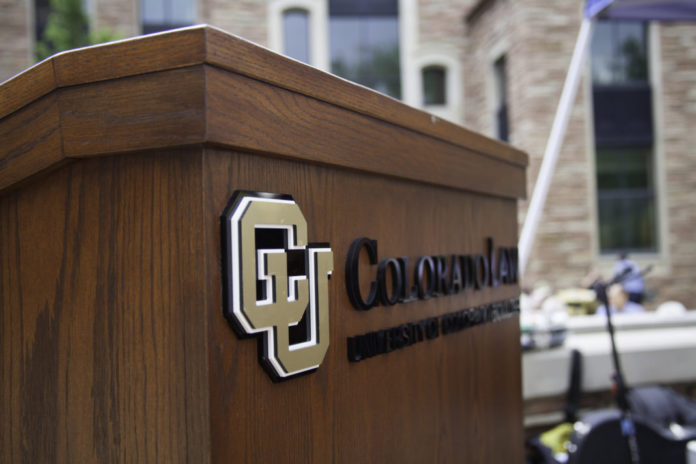 Speaking to an online audience estimated by Byron White Center for the Study of Constitutional Law director Suzette Malveaux to include hundreds of Zoom watchers, Yacoob, 72, emphasized that law is fundamentally a tool to preserve or achieve representative government but that it cannot take the place of public engagement. He said in apartheid South Africa, the successful effort to build a multi-racial democracy would not have been possible without that perspective. “The fundamental weapon is the organization and mobilization of people, the raising of people’s consciousness and making sure that the hearts and minds of people are changed,” Yacoob said.

A veteran participant in the African National Congress, during his years in law practice Yacoob represented the Durban Six in 1984, countrymen accused by the White government of treason in the Delmas Treason Trial in the 1980s and defendants in the Vula trial of 1990-1991. He spoke of the importance of the ANC’s decades-long effort to achieve individual rights for all South Africans and urged Americans to consider that a constitution can only reflect the time in which it was written. “The Constitution is as good as when it was produced,” Yacoob said. “If our Constitution was produced in 1786, for example, it would look very different than what it looked like in 1996.”

Yacoob pointed out that, when his country’s judges decide how to apply its constitution, they look to other nations and to international law for guidance. In fact, he said, the South African constitution requires that they do so. Yacoob urged American courts to adopt the same openness. “You begin to understand that we do not live in a vacuum, that we live in the world, the world is becoming a smaller and smaller place and we’ve got to learn from each other,” he said. “Knowledge is not limited to ourselves. It is a proclamation that we will not be arrogant in our thinking.”

Appointed to South Africa’s highest court through a process that involved consideration by a diverse commission of selectors, Yacoob was critical of the U.S. judicial confirmation process. He forcefully argued that it virtually guarantees that judges will act primarily as agents of their political parties. No legislature, whether liberal or non-liberal, can be expected to act independently at all. “There is an absolute link between fairness on one hand and the appointee of the political party on the other,” he said. “There’s no perfect process,” Yacoob continued, “but what is absolutely clear is that the executive appointing the judiciary or the legislature, any of the elected branches, appointing judicial officers by themselves, just doesn’t help you because, ultimately, more and more, judges decide on the validity of legislative and executive conduct.”

Yacoob said his nation uses an inclusive process to minimize the risk of partisan corruption of the law. “We have a mechanism of 25 people, which consists of representatives of the judiciary, representatives of the executive, representatives of the legislature, of the lawyers’ profession, and to a degree of civil society,” he said. “You can make that calculation in different ways, and you can give people differing influences in how they do things, but it’s the most flexible appointment mechanism that I’ve come across.” Yacoob highlighted the importance of specifying qualifications in advance. “What the mechanism has to do is to ensure that we set out very clearly the guidelines which we would use to determine whether a particular judge would be appointed or not,” he explained. “I would imagine the determination of appropriate guidelines might be useful even in countries like the United States.”

Yacoob was not supportive of term limits as an effective way to check judges’ power and also criticized the life tenure system used in the U.S. “Judges deciding for themselves when they should retire doesn’t help us,” he said. “I think an age limit is the answer. I would imagine that, today, 75 is about the right age. 80 would be the absolute upper limit. It may be wrong in half the judges, it may be right in a quarter of judges, but nevertheless you can’t leave it to the subjective whim of the judges.”

Turning to the question of how jurists should apply constitutions, Yacoob argued that individual rights cannot be permitted to be exploited as a way to deprive others of their dignity. He recalled that, during South Africa’s constitutional deliberations in 1996, drafters struggled with the question of preventing that outcome. Citing a book written by the late Justice John Paul Stevens, Yacoob said that he and his colleagues ultimately decided that the freedom guaranteed to South Africans could not be “licentious.” “We came to the conclusion that our constitutional values have to comport with dignity, equality and freedom,” he said. “I would qualify freedom of any kind, even freedom of expression, to achieve dignity and equality.”

Yacoob said he tried to avoid dissents when he was serving on the South African Constitutional Court and that, frequently, doing so was not difficult because the judges took seriously a commitment to achieving consensus. “When I was there, we understood, 11 of us, that we had to learn from each other,” he said. “We understood that truth, and the notion of truth if it existed at all, is a difficult proposition.”

Concurrences, too, are generally unnecessary too if, Yacoob said, the drafter of an opinion considers the views of colleagues and incorporates them. “It was very important to consult, to consult carefully, to listen to everyone carefully,” he said. “You won’t believe how different the first draft of the judge’s was. Sometimes you would not even recognize the draft as being that of the same judge.” “The only way to put things together is to put our eyes together and our hearts together and talk carefully together and try to agree on as many things we could,” Yacoob continued.

Yacoob also talked of growing up in a Muslim family in Durban, South Africa, that left him with bigoted attitudes. “I grew up in very strict circumstances, where Islam was regarded as the best religion in the world and everyone else was regarded as inferior,” he said. Later, he said, “I began to understand that everyone is a human being,” but “not without a struggle.”