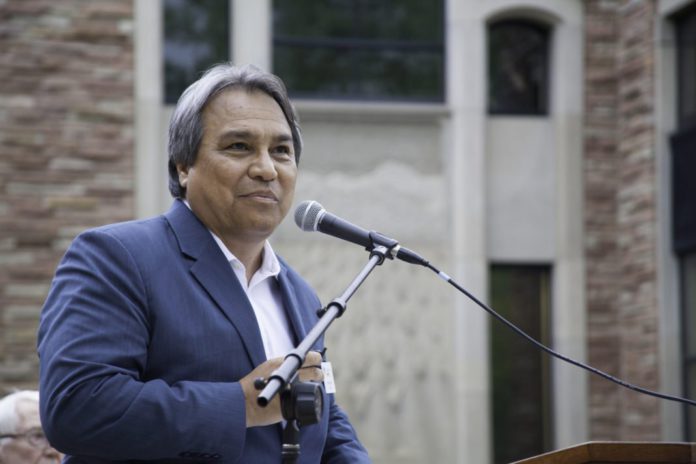 National attention on racial justice brought on by deaths of Black people at the hands of law enforcement has prompted calls for systemic change in a wide range of institutional contexts, from policing to the workplace. The leader of the University of Colorado Law School has started an anti-racism initiative he hopes will build lasting momentum toward increasing diversity and inclusion.

In July the law school announced the yearlong Anti-Racism and Representation Initiative. Broadly, the initiative includes actions targeted at each part of legal education, from student recruitment to building more culturally diverse perspectives and education about racism and law  into the curriculums to implicit bias training.

Diversity and inclusion have been key focus points for Dean James Anaya since his appointment in 2016, such as recruiting more students of color and addressing the climate of the school for students of diverse backgrounds.

“But I think it’s fair to say that with the events in the late spring with the death of George Floyd, that caused us, and me individually, to reflect very specifically on what we need to do in this moment,” he said. “Not just to seize upon the moment but to move forward as a genuinely inclusive school that … advances anti-racism in all that we do.”

Making law school affordable for students from underrepresented backgrounds through scholarships is key for increasing CU Law’s diversity, he said. The Leaders in Law and Community program provides full scholarships to students who are underrepresented in legal education and the profession, but Anaya said the program needs more funding.

“I want to try to have as part of my legacy, having that program … well-funded and secure so that the success of our efforts to recruit a genuine diverse class continues.”

CU Law has several clinics and programs that can address racism in different areas of society, such as the Getches-Wilkinson Center for climate justice, the Korey Wise Innocence Project for wrongful convictions, and the Silicon Flatirons Center that can work to increase the inclusion of people of color in technology policy. The new initiative calls for strengthened support of public service programs such as those.

The initiative’s different parts have varying degrees of measurability: Funding for scholarships and demographics of recruitment pools, for example, are tangible metrics. The changes in someone’s mindset from multicultural education and implicit bias training aren’t.

But Anaya said he’s not focused on measuring the initiative’s outcomes by numbers. Instead, he said, his goal is to jump-start momentum around increasing diversity and inclusion and combatting racism that will hopefully “become embedded in the fabric of the law school” and continue after the year set for the initiative.

“I think it’s important for all of us connected with this initiative to understand that this isn’t just something that’s going to happen or not in one year,” he said. “I think the important thing is that we are trying; that we’re continually making the effort.”

Of course, people have to want to learn and engage in conversations for the initiatives to achieve their goals of increasing diversity and inclusion and fighting racism within the law school. Anaya said the initiative’s actions targeted at exposing students and faculty to different cultures, opinions and people with diverse backgrounds can help increase engagement.

Incoming students are encouraged to read “A Different Mirror: A History of Multicultural America” by Ronald Takaki. Anaya said the book discusses what it means to be “American” and the role of race in the country’s development.

“We’re going to continue those kinds of discussions where we try to give people some background ahead of time by way of reading and then make for a safe environment for them to be able to express themselves,” Anaya said. “Even if their initial understandings are not necessarily as informed as they could be, we want to create … the basis of understanding and empathy and a safe environment that that allows for those discussions.”

Anaya has announced he will not seek another term as dean when his current term ends in 2021. Anaya will stay on as a member of CU Law’s faculty after his tenure as dean ends, and he said he can continue to promote anti-racism and inclusion in his own sphere of work on the faculty. His background includes serving as a special rapporteur to the United Nations on indigenous people’s rights and litigating human rights cases in domestic and international tribunals.

“You have your own classes, your own classroom. You have the areas that you teach that you’re able to infuse with an anti-racist and inclusive pedagogy,” he said. “And that’s what I will do. I will use my own domain of work, so to speak.”