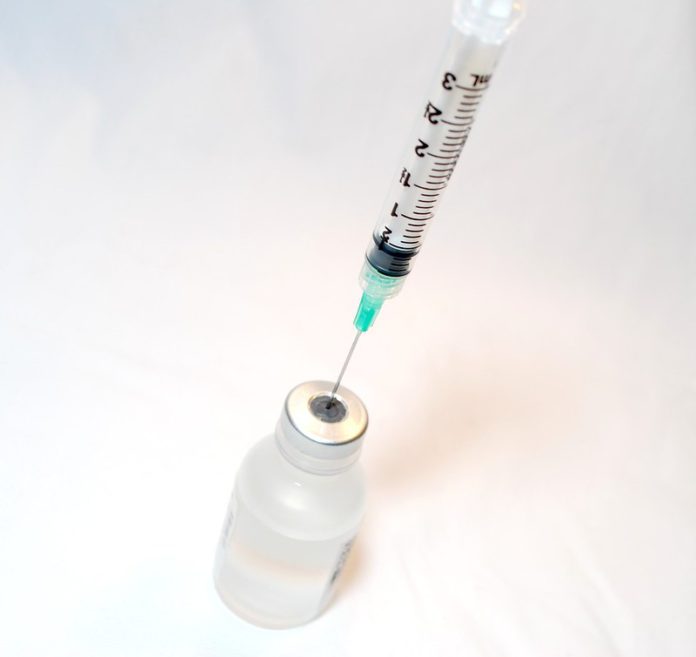 A team of Dentons attorneys, many of them based in Denver, helped GlaxoSmithKline secure a $2.1 billion contract to develop a COVID-19 vaccine as part of Operation Warp Speed, the federal government’s initiative to speed up development and manufacturing of vaccines and treatments for the disease.

The UK-based pharmaceutical company is collaborating with French drugmaker Sanofi to develop the vaccine, and the federal funds will support clinical trials and large-scale manufacturing of the vaccine. According to the Department of Health and Human Services, the federal government will own the 100 million vaccine doses that are expected to result from the project.

The contract, which was made public Jul. 31, is the biggest to be awarded so far as part of OWS since the public-private partnership was announced by President Donald Trump in May. AstraZeneca, Johnson & Johnson, Pfizer and Moderna are among the other drugmakers that have been funded for vaccine development under the program.

According to Masiello, the pandemic has expanded his practice to advising companies that are “not familiar at all with the government contracting space” and the risks and compliance requirements that come with doing business with the government.

In addition to regulatory and compliance issues, pharmaceutical companies and PPE providers who want to work with the government must also consider third-party liability and liability to the government customer, Masiello said, and deals need to have appropriate risk mitigation built in.

“Obviously, everybody’s moving fast and wants to end this scourge on our population … but it is also very important that companies are protected from undue risk with respect to providing therapeutics and vaccines and other products,” Masiello said.  The Public Readiness and Emergency Preparedness Act, which gives liability protections to creators and distributors of vaccines, treatments and other measures to fight pandemics, has been an important tool in approaching negotiations, he added.

Masiello praised the government for approaching OWS with urgency while working through the rules and compliance requirements. “In my experience, it’s very difficult sometimes for government agencies to work through these deals in the time scale that we’re talking about here, which is weeks and months at most,” he said. “Oftentimes, these types of procurements take much, much longer — years in some cases.”

Denver is the “center of gravity” for the Dentons U.S. government contracts practice, Masiello said, with about 15 attorneys who work exclusively with clients doing business with the government.  The team also includes attorneys in Washington, D.C., Los Angeles and the firm’s other offices around the U.S. and internationally.

“Our practice tries to be where our clients are,” Masiello said. “Being in the middle of the country is very helpful because we have clients across the country on the East Coast and West Coast.”

Colorado and the Mountain West are also home to a lot of aerospace and defense companies as well as engineering and construction companies that do business with the government, he added. Another reason the Denver team is so strong, according to Masiello, is that Dentons partners Thomas Lemmer and Mark Meagher headed west from Washington D.C. about 30 years ago to establish a center of excellence for certain specialties within the government contracts practice, and the expertise within the office has grown in the decades since.

“We’ve had a very long history in this space helping commercial contractors deal with the government. And in general, the government is a very tough customer,” Masiello said.