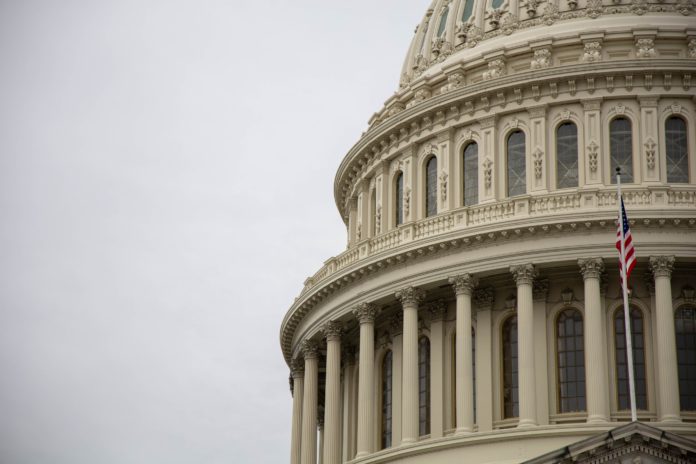 A recent survey shows Americans’ awareness of the legal system has increased, though advocates say legal literacy is still a barrier to entry.

Access-to-justice advocates have fought for years to drive the legal system to embrace new systems, processes and services to address a gap in the availability of legal services for marginalized groups. But, they say, some steps are often overlooked, including adoption of plain language and addressing other language barriers, providing  accurate representation throughout the system, and affording inexpensive access to legal assistance.

The 2020 Constitution Day Civics Survey, published in September by the Annenberg Public Policy Center at the University of Pennsylvania, suggested that more adult Americans were aware of First Amendment rights and the legal process than in previous years. Roughly 73% of respondents correctly named freedom of speech as a First Amendment right, an increase from the reported 48% in 2017. Additionally, more than half of those surveyed accurately named all three branches of the federal government, a 12% increase over previous years.

Penn State experts have speculated that the increase in awareness can be attributed to the recent open conversations about government systems and to the impeachment process that began last year. The increased awareness of court processes and procedures may have been initiated by political leaders more openly discussing active or pending litigation.

Kathleen Jamieson, director of the Annenberg Public Policy Center, said the law enforcement violence protests during this past summer triggered a public discussion of other protected and civil rights, including both peaceable assembly and freedom of speech, which may have contributed to Americans becoming more aware of First Amendment protections.

Despite the uptick in awareness of the legal system, overall trends during the pandemic may suggest those who need a lawyer are still unlikely to contact one. “At any given time, there are 100 million people in the United States with legal issues,” said Zachariah DeMeola, director of education at the Institute for the Advancement of the American Legal System. “Only 16% of those people are going to even look to a lawyer for any advice or help.”

Many people might not even know that their problem is a legal one, DeMeola said. DeMeola, who has been assisting with 2020 IAALS Future of the Legal Profession speaker series, said increasing access to legal services could assist those who might either be unable to afford a lawyer or who otherwise have difficulty contacting one or discussing their needs.

DeMeola suggested that one way to address thet gap in access to justice is through regulatory reform. The IAALS speaker series has discussed alternate legal avenues to address access to justice issues, suggesting some regulatory reform methods, such as the paralegal model in Ontario. “Our project has explored different ways that others have successfully addressed that issue… we did feature the independent paralegal model coming out of Ontario, which appears to be highly successful – I think they have close to 10,000 paralegals, who are running sustainable practices and providing discreet legal advice.”

The paralegal model in Ontario allows anyone who needs legal aid or more discreet legal services to have more affordable access to those services. DeMeola explained that anyone seeking assistance with less complex issues such as debt collection, eviction or wage earnings may not need a full-service lawyer to help.

In addition to financial barriers, legal jargon and complex language often act as barriers for those who might face litigation or who want to learn more about the law, said Alexi Freeman, associate dean of diversity, equity and inclusion and director of externships & social justice initiatives at the University of Denver’s Sturm College of Law.

“We speak in jargon, and we assume that people are going to want to know or are going to care, and I think that actually undermines one of the real challenges that people face every day,” Freeman said. “Information comes from the ground up.”

During the last several years, legislative efforts have to address the need for plain language in public services have begun to appear. One example is SB 20-188, which would have required hospitals to provide patient bills in plain language. The growing push to use more plain language is a promising one to Freeman, who said the tendency of lawyers to use “legalese” starts in law school and continues as they enter the profession. If a trend toward the use of plain language alternatives were to expand to other public services, he said, then it may be more natural for those in the legal profession to follow.

“I don’t think we teach law students enough to figure out how to translate legalese to plain language and use the words real people speak,” Freeman explained. While the communication barrier posed by legalese has been discussed for decades, there has been with little progress made toward more routine use of plain language in the American legal system .

Plain language is not the only communications barrier to the law, though. Annie Martinez, president of the Colorado Hispanic Bar Association, said that complications arise for lawyers working with clients who do not speak English or suffers from hearing loss. The inaccessibility of the legal system is “built in” through jargon, she said, but that inaccessibility is compounded by those other barriers.

“Do some of those legal terms even exist in Spanish?” she rhetorically asked. “[And] which Spanish are you talking about, because if you’re talking to someone from where my family’s from in Cuba, that Spanish is very different than somewhere in Guadalajara. It’s going to also be very different from somebody from Chile.”

Martinez said that younger attorneys and attorneys who work regularly with immigrant or economically impoverished communities experience pushback when they suggest changes to the system. To her, the assumption for many is that “this is a profession where we work at a higher level and that’s why people hire us to interpret it.” Martinez described access to justice in terms of two guards, with an old one and new one constantly clashing.

Freeman pointed to a similar disconnect that lawyers may experience with clients and others who are struggling to understand complex legal issues. “We simply need to do a better job of explaining our work to non-lawyers [and] community members,” Freeman said.

Martinez highlighted an even more challenging, but frequently overlooked, language barrier for the court system. She said that while court-appointed interpreters are trained to provide interpretations of legalterminology into another language, the back-and-forth translation may frequently lose the client’s underlying message.

That, in turn, could result in distorted or inaccurate testimony. The client’s story is often literally lost in translation.

She also said the necessity of performing work remotely during the pandemic has made it harder for individuals who suffer from hearing loss to understand the language of the law.

“I have to have a video meeting, it can’t even just be a regular phone call, it has to be video so that way they can read my lips and the interpreter can see their hands. It’s just a whole other layer of trying to translate or interpret and then again, I don’t know how many of these legal things are in sign language,” Martinez said.

Martinez added another facet to an already complex issue, explaining that the Latino population in Colorado is “particularly vulnerable to [a] cycle of misinformation or being taken advantage of by individuals who are either not licensed attorneys at all, or just kind of shady attorneys who take advantage of knowing some Spanish.”

The problem of misinformation has plagued access to those who can improve access to justice because the communities who are most often targeted by it become more alienated from the justice system.

“What you see there too, is that you have a mistrust of the legal system based on where they’re coming from. And then on top of it just a completely fundamental difference of what the law system is,” Martinez said.

Freeman noted another systemic issue, pointing out that representation is often out of sync with what communities look like.

“Are the folks who look like the rest of America – especially people who are from historically marginalized groups – [representing those areas?]” Freeman said, “That’s going to make you also think that this system is not designed for me at all.”

“When we look at who makes our laws, who serves as judges, whoever legislators voted toward overall – they don’t look like the majority of America,” Freeman continued, explaining that the representation gap is still apparent and that the legal system still has a long way to go to overcome accurate representation barriers.