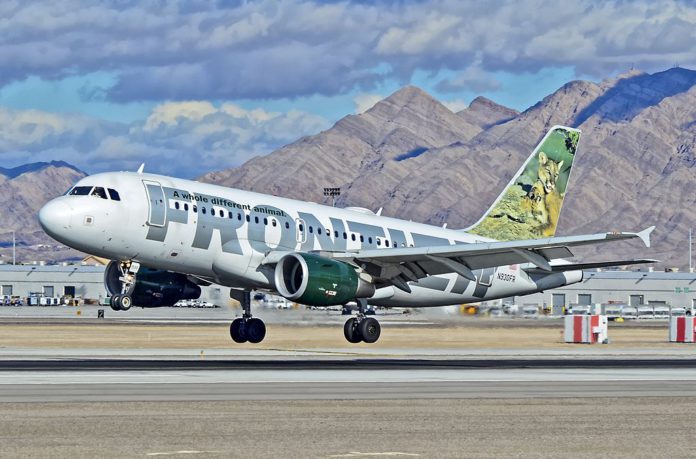 Colorado Attorney General Phil Weiser announced Aug. 1 he has requested the Department of Transportation investigate Frontier Airlines for how it has handled flight changes, cancellations and refunds during the pandemic. In a letter to Transportation Secretary Elaine Chao, Weiser claims the company’s approach to flight changes and cancellations has been deceptive and unfair. He asks Chao to use federal enforcement authority to stop Frontier’s practices and seek civil penalties where the agency deems necessary. The Department of Transportation has authority to seek civil penalties for unfair and deceptive practices up to $2,500 per violation, according to the letter.

Weiser’s letter states that since March, his office has received more than 100 complaints against Frontier originating from Colorado and 29 other states. Weiser believes Frontier has violated federal consumer protections in aviation.

According to the letter, the Department of Transportation defines unfair or deceptive practices as those that will likely cause harm to consumers, that consumers can’t reasonably avoid and don’t have benefits to consumers or competition that outweigh the harm.

“The law requires airlines like Frontier to treat consumers fairly and honestly. During the COVID-19 pandemic, we received more complaints about Frontier’s conduct — failing to honor its commitment to provide refunds — than any other company,” Weiser said in a news release. “By raising our concerns with USDOT and asking it to investigate and enforce the law, we are requesting a collaboration to protect consumers during this globally precarious time.”

Among the most common complaints, according to the letter, Frontier has not promptly refunded customers when required by law or when the company has promised refunds. The company’s customer service has also not given customers a way to resolve problems within a reasonable time, Frontier did not disclose important details of its flight credit policy and consumers have been unable to redeem flight credits promptly.

In particular, Weiser’s letter says, Frontier’s flight policy is to not compensate consumers for flight changes or delays from causes outside the company’s control.

“This stance contravenes the USDOT position that the ‘longstanding obligation of carriers to provide refunds for flights that carriers cancel or significantly delay does not cease when the flight disruptions are outside of the carrier’s control,’” Weiser wrote, “And, therefore, ‘any contract of carriage provision or airline policy that purports to deny refunds to passengers when the carrier cancels a flight, makes a significant schedule change, or significantly delays a flight to be a violation of the carriers’ obligation that could subject the carrier to an enforcement action.’”

Frontier said in a statement to USA Today it has complied with department rules and regulations around cancellations, refunds and changes to flights. “Throughout the pandemic, Frontier Airlines has acted in good faith to care for our passengers compassionately and fairly,” it said in the statement.

During the pandemic, Frontier has issued flight credits to most customers cancelling their flights with a requirement to use the credits within 90 days. According to the letter, Weiser said consumers have reported Frontier has not clearly disclosed that its policy prevents them from using a flight credit for more than one booking, and so they forfeit remaining credit not used in a single booking.

“These practices are particularly unfair when viewed in conjunction with Frontier’s refusal to extend the 90-day deadline for consumers to use their flight credits,” Weiser wrote. “Unlike other airlines, or other companies, Frontier has failed to treat consumers fairly or honestly — and took advantage of them during a public health emergency.”

Also according to Weiser’s letter, customers have reported instances of Frontier refusing to provide refunds after canceling or significantly changing flight schedules or denying refunds after promising to provide them in specific instances. The letter states some significant changes have included switching flights to different dates, from daytime to overnight and changing direct flights to those with layovers.

According to the most recent air travel consumer report from the Department of Transportation, just American Airlines, Delta and United Airlines had more total complaints from consumers in May 2020. Frontier was also fourth in complaints received particularly related to refunds, according to the report.

Law Week has not found reports of state attorneys general outside Colorado who have made similar requests for investigation of Frontier.