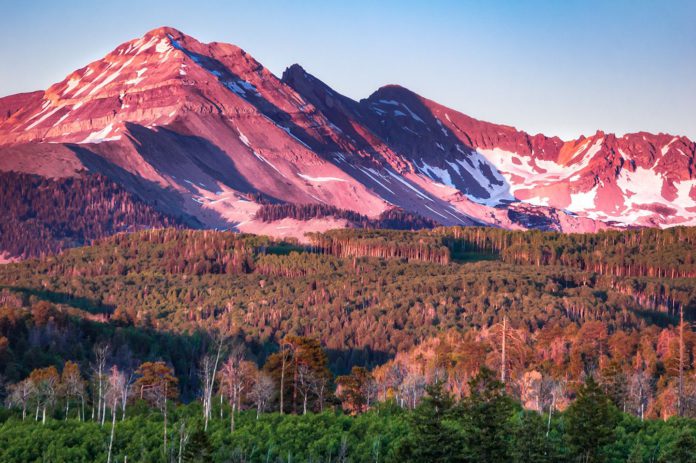 The typical response to that description is: “Colorado has 200 law firms?”

The vast majority of attorneys in Colorado are either solo or work in small offices. There are 4,733 attorneys who are in five-person firms or larger. Despite being a major hub for the West, the legal community is home to many locally grown offices. Even among the largest offices, many of them started right here in the state. The Colorado 200 gives us a look at what large firms are in Colorado, what firms are growing or shrinking and what the demographics of those large firmslooks like.

Tight at the Top

As it has been for several years, there are five firms in Colorado with more than 100 attorneys. Those five — Holland & Hart, Sherman & Howard, Davis Graham & Stubbs, Brownstein Hyatt Farber Schreck and Wheeler Trigg O’Donnell — are all homegrown and have planted their flags in the top five positions on each year’s list. Beyond the top five, there are a couple firms that are just below 100 firms. With nearly 100 attorneys and rapid growth over the past few years, including a skyscraper bearing its name, Polsinelli could easily be confused for one of those Denver-based firms.

Through the rest of the rankings, our Colorado 200 list looks more like a Colorado 100. Once you dip below the halfway point, firms are much smaller — about 80 of them have fewer than 10 attorneys.

A Year Without A Merger

Colorado is frequently touted as one of the fastest growing cities and one of the largest non-coastal hubs for the legal industry. Even though the Colorado 200 list is filled with mid-size and small offices, 60 of Colorado’s 200 most populous law firms have a national reach.

This year’s list looks a little different from years past. Different in the sense that it’s mostly the same.

Nearly every firm on this year’s list was here in 2018. There were no large mergers, and there were no new offices opening. The most notable difference was in five-attorney Dickinson Prud’Homme Holway Hoffman joining Jackson Kelly and seven-attorney Black & Graham splitting into two different firms. For a year that is still seeing near-record high levels of transactions at the national level, it has been surprisingly quiet in Colorado compared to previous years.

Our Colorado 200 survey also collects information on demographics of Colorado offices. We didn’t receive complete surveys from all 200 firms, so the demographic breakdown doesn’t give us a look at all of Colorado’s offices.

Of those that did fill out all the information on our survey, we found that Colorado offices average 33% female partners and 8% minority partners. Colorado’s legal community is doing better in diversity for female partners (nationally 21% according to Law360’s 2019 Glass Ceiling Report) but lagging for minority partners. According to the NALP 2018 Report on Diversity, published in January, 9.13% of partners at national firms were minorities.

Our Colorado 200 list gives us a quick look at what is happening in Colorado’s firms. While there’s been overall growth in the number of attorneys working in larger offices, and improvement in diversity in local offices, we want more data. We’ll leave our survey up at LawWeekColorado.com a little while longer to help us get even more accurate data.