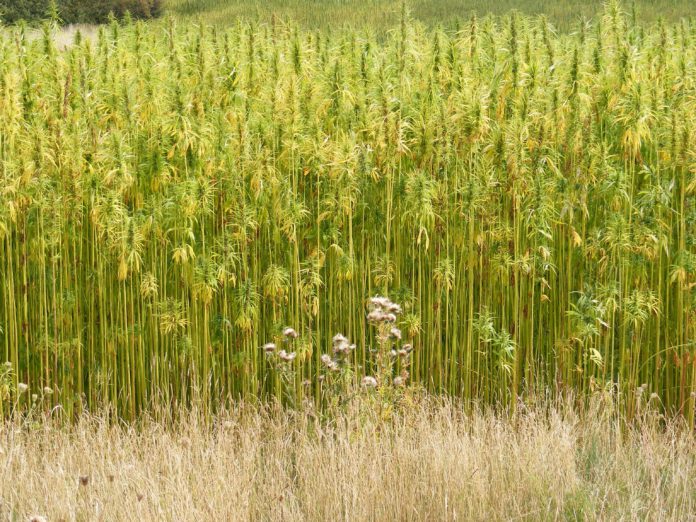 A group of lawmakers filed an amicus brief on Jan. 11 in a case before the 9th Circuit Court of Appeals concerning the Drug Enforcement Agency’s classification change that implicates hemp and its extracts as a Schedule I drug. Hemp Industries Association, Centuria Natural Foods and RMH Holdings brought the suit against the DEA in October.

Reps. Jared Polis, Ed Perlmutter and Diana Degette joined 25 other lawmakers from 13 states and the District of Columbia in signing the brief. Vicente Sederberg senior associate Shawn Hauser said the brief was significant in the case.

“It highlights the disconnect between the DEA’s position and what the Farm Bill permits and also clarifies that the DEA’s action in adopting this marijuana extract rule and the policy guidance … were arguably outside their authority,” Hauser said.

Hoban Law Group is representing the plaintiffs in the case, who are “truly humbled by this show of support from Congress concerning this critical matter,” according to a statement from Hoban.

In January 2017, the DEA finalized a new drug code pertaining to marijuana extract. The agency defined it as “an extract containing one or more cannabinoids that has been derived from any ‘plant’ of the ‘genus’ Cannabis, other than the separated resin (whether crude or purified) obtained/extracted from the plant.” But because the rule states that these “extracts” will be treated as Schedule I substances, the new classification caused a stir. Extracts like CBD and hemp are not psychoactive, and were not specifically considered Schedule I drugs prior to the rule change.

The DEA released a clarification on the rule, stating that it “includes only those extracts that fall within the CSA definition of marijuana” and “does not include materials or products that are excluded from the definition of marijuana set forth in the [CSA].” Opponents of the change argue that this rule is too broad and an overstep by the DEA, one that undermines the Farm Bill and Spending Bill passed by Congress.

The most recent Farm Bill was passed by Congress in 2014 and distinguishes hemp from marijuana based on the concentration of THC in the product. The brief argues that Congress “deliberately recognized that industrial hemp products derived from any part of the Cannabis sativa L. plant, including the flower, can be used for many industrial purposes and would not fall under the definition of ‘marihuana’ set forth in the Controlled Substances Act.” Industrial hemp must have a THC concentration below 0.3 on a dry weight basis.

According to the brief, the DEA attempted enforcement actions including seizure of hemp seeds in pilot programs after the Farm Bill passed. Colorado’s Department of Agriculture implemented such a program in November 2016 to research growth, cultivation and marketing of hemp. The Farm Bill stipulates that cultivation be conducted with some research purpose.

In 2004, a handful of hemp producers including the HIA brought a suit against the DEA for regulations that would have banned sale or possession of hemp items even if they only contained trace amounts of THC. The 9th Circuit held that THC within cannabis is banned, but non-psychoactive hemp products are not.

Federal law defines ‘marihuana’ as all parts of the plant Cannabis sativa L., growing or not, seeds, resin extracted from any part of the plant and “every compound, manufacture, salt, derivative, mixture or preparation of such plant, its seeds or resin.” This excludes the stalk, stem, hurd and fibers from the hemp.

Hauser said she advises clients to be familiar with federal and state law in order to assess the level of risk in the business currently.

She said that whether interstate hemp sales (outside of Colorado to other states without a hemp program) are legal or not is currently subject to interpretation and the outcome of the 9th Circuit case.

“Even though it’s arguably legal … we don’t yet have case law interpreting its scope,” Hauser said.

Hauser has several clients who are farmers looking to grow hemp as a crop for food, textiles and biofuels. She helps them comply with regulations on “hot hemp,” or hemp that exceeds the 0.3 percent THC amount.

As it stands currently, if the crop tests above 0.3 percent, it must be destroyed, creating a significant loss for the grower. Hauser said compliance on this has been less of an issue this year, but the firm is looking into legislative efforts to mediate those unfortunate outcomes.

Sen. Kerry Donovan has introduced two bills concerning hemp. Senate Bill 109 created a committee last year to study the use of hemp in animal feed. The conclusions from the study are forthcoming. Donovan also introduced a bill at the beginning of the 2018 session that would allow the usage of reclaimed water for hemp. Donovan is a rancher who sees hemp as a diverse crop that can be a game changer for farmers.

“Hemp has gotten incorrectly paired with marijuana,” Donovan said. “I think a lot of us are trying to do work to separate those and to treat them as the different products that they are, but the concern comes from uncertainty on how the administration in D.C. is going to view that as well.”

Arguments will be heard in the case before the 9th Circuit starting February 15.