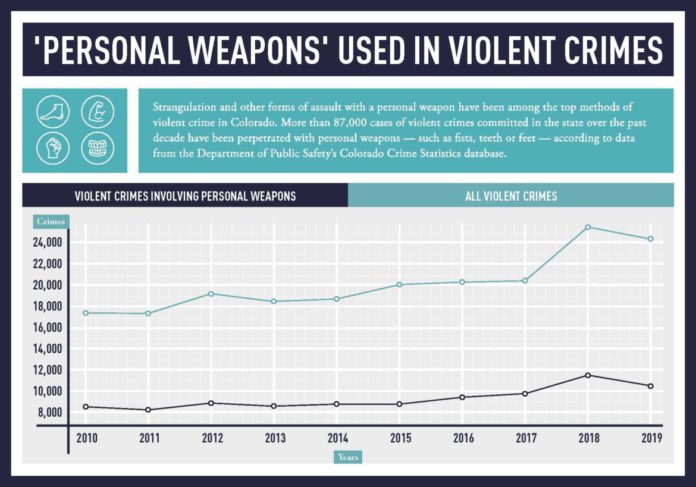 Denver has had several brushes with the infamous, such as Ted Bundy and alleged Boulder serial killer Scott Kimball. While newer cases have been solved and cold cases are being closed in light of new DNA evidence, few serial killers were brought to justice at the turn of the 19th century with many escaping justice. Of these early 1900s killers, the Denver Strangler has caused nearly as much speculation as sensationalized criminals like Alfred Knapp and the Boston Strangler.

The Denver Strangler between 1894 and 1903 operated mostly off Market Street, commonly referred to then as “Strangler Row,” according to the New Castle News in November 1894. Drawing on other evasive serial predators like Jack the Ripper, the Denver Strangler targeted sex workers and other marginalized groups of women. His murders were so similar, in fact, that he earned the nickname “Jack the Strangler” from Denverites.

Some have speculated that the two might have even been the same killer. As investigations heated up in London, Jack the Ripper allegedly ceased all criminal activity in the Whitechapel district by 1888, and the Denver Strangler began his murderous streak only a few years later. Additional support for the idea they might be the same criminal includes the fact the location of the Denver murders was an area that traditionally housed immigrants, especially those from Europe.

While the Denver Strangler’s period of assumed activity encompassed almost a decade, the three murders that could be most positively attributed to this assumed single killer occurred in a span of just 10 weeks in 1894. There were two additional women assumed to be his victims, though more positive attribution was impossible at the time.

The grouping of the murders, similarities in methodology and common acquaintances and social patterns pointed investigators to a long list of possible suspects. Speculation as to the killer’s identity and the full list of victims has surrounded the case for the past century, but no one was convicted of the murders, though many arrests were made.

Strangulation and assaults with personal weapons are among the most common methods of violent crime, but nonfatal strangulation is not specified as a felony offense in Colorado. In March 2016, a memo from Colorado Legislative Council staff stated that felony charges could be tied to nonfatal strangulation if other criminal statutes apply, but such an offense would likely never be specified in Colorado’s statutes because it could conflict with others. In that memo, 30 other states are listed that associate “assault by strangulation with felony penalties,” including California, Illinois, Indiana, Michigan, Nebraska, Oregon and Oklahoma, among others.