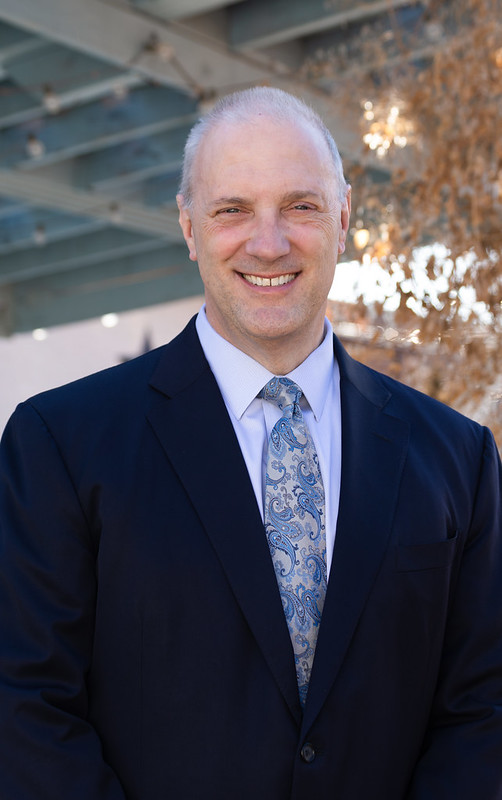 David Mayhan once heard asylum cases described as “murder cases in traffic court.” The proceedings have characteristics akin to low-level cases — they aren’t heard by a jury; and on top of that, federal rules of evidence don’t apply — but the stakes are high for the people seeking asylum because of the dangerous circumstances they’ve fled in their home country.

“You have, hanging in the balance, someone’s life,” Mayhan said. “It’s like a murder case.”

Asylum cases are inherently difficult for applicants to succeed in. Even when an asylum seeker has a lawyer representing them, the chance of winning tends to be less than 50%. Mayhan compared trying to win an asylum case to “trying to fit a square peg in a round hole” if the person is seeking asylum for reasons other than political persecution because there’s a specific set of categories of persecution a person has to fit in to qualify: Persecution based on race, religion, nationality, political beliefs or belonging to a specific “social group.” Mayhan said fleeing economic circumstances or rampant crime, such as gang violence don’t qualify.

Mayhan is a litigator for Butler Snow, but tougher and more rewarding than any case with millions of dollars at stake are his pro bono asylum cases, he said. In August 2019 he won a case in New Orleans immigration court for a Honduran woman, who fled an abusive partner, and her teenage son. The judge’s order granting asylum to Dunia Alonso-Sanchez describes the abuse Mayhan’s client suffered at the hands of Alonso-Sanchez’ former partner, including beatings, threats with weapons and rape.

He said she wasn’t aware of how low the success rates for asylum cases tends to be, and while the team at Butler Snow didn’t give her unrealistic expectations, Mayhan said the high likelihood of death migrants from Honduras face if they are deported back because of the country’s danger weighed on his mind while he worked on Alonso-Sanchez’ case.

“It’s like a death sentence, especially for people who leave the situation of gangs and violence, and a country that has been unable to protect women [especially],” he said.

Mayhan said Alonso-Sanchez came into the U.S. through El Paso and made her way into Alabama to stay with relatives. Lawyers in Butler Snow’s Ridgeland, Mississippi, headquarters had connected with Alonso-Sanchez through the National Immigrant Justice Center and felt her case had a higher chance of succeeding in New Orleans than in Atlanta. New Orleans’ immigration court had a 10-15% rate of granting asylum to applicants, versus about less than 5% in Atlanta.

According to the asylum order, the judge decided Alonso-Sanchez and her son’s relationship as immediate family members of her ex-partner qualified as a social group they had suffered harm as members of. Asylum seekers who are not seeking protection from political protection also have to prove their government can’t or isn’t willing to control their persecutor. The court’s order found the Honduran government didn’t take sufficient action against Alonso-Sanchez’s former partner even after she reported him, and it also noted he already had relationships with police.

“I never realized that membership in a particular social group could fit in this way, but that’s how Dunia [got] in,” Mayhan said.

Asked whether he ever feels confident about an asylum client’s chance of winning their case given the low success rate in asylum cases, Mayhan said he has a lot of fear about the outcomes. “You can get attached to these people very easily.”

Mayhan worked on Alonso-Sanchez’ case with Xan Ingram Flowers, an attorney in the firm’s Birmingham, Alabama, office, and a few summer associates. He said as a law firm based in the South, Butler Snow has a background in civil rights law. Some lawyers at the firm in the 1960s got involved in civil rights cases, and Mayhan said they lost their practices because they were white men representing black clients. Mayhan said he started doing asylum cases because of the responsibility he feels to give back.

He said the cases have taught him to be a humbler person and to persevere even in situations where a lot of factors are out of his control, and he believes asylum cases are good for young lawyers who want a challenge.

Mayhan understands that migrants who come to the U.S. just want to work and have an opportunity to thrive. They aren’t looking for handouts. “I consider myself a conservative, but I do wish that people in the current administration could meet some of these asylees,” he said in an email. “It would change hearts.”