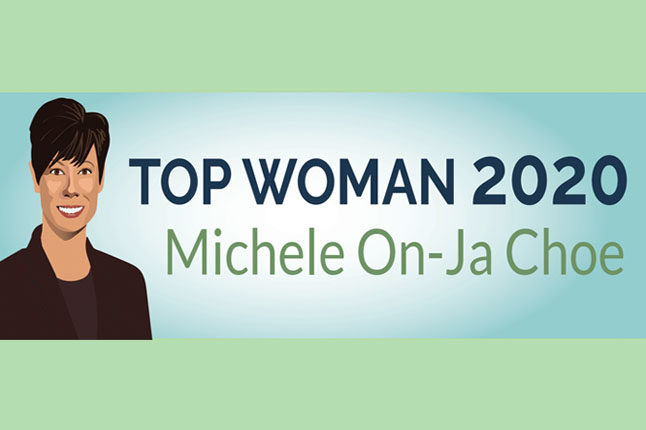 As an intercollegiate debater at Cal State Fullerton, Michele On-Ja Choe found that she could easily study the existing conversations on a topic and jump in and make a conversation.

“In doing that as a young biracial woman, I found empowerment,” she said. “I found that I could really make a difference for somebody. And once I got that bug it was all over: I was going to be a lawyer.”

Choe is now a partner at Wheeler Trigg O’Donnell and diversity and inclusion chair at the firm. Her practice, focused in employment and medical malpractice defense, relies heavily on those argumentation skills as well as her ability as a tactician.

The way Choe describes her path through the legal profession, it seems like a combination of great work and great connections.

She was inspired to go to law school in part by an early mentor, Glen Powell, now a senior counsel at Gordon Rees in California: “a model of professionalism, great intellect, high integrity,” she said.

“I wanted all those things in a profession.” From law school, she went to Sidley Austin in Chicago. She said she had many great mentors there, but her heart was in trial work, and she said she was unlikely to get many opportunities at a large firm. But in the trial work she did get exposed to at the firm, she worked with co-counsel from WTO. “I talked to them about trying cases, and they said wouldn’t you like to try cases with us?”

She joined the Denver firm in 2011 and has been able to build on the experience she gained at Sidley Austin — largely in products liability and personal injury — and build on those in the employment litigation arena. Now she finds herself at the “nexus of hot-button healthcare issues that threaten healthcare-related manufacturers,” according to her nomination.

“A lot of employment lawyers don’t have the background I have,” she said. “For health care clients, it’s a huge help to them that I understand those parts of their business.”

She describes those difference-maker skills as the factors that help her succeed in the law. Not only does she have the broad experience that helps her understand the details of client’s issues, but she also says one of the characteristics that sets her approach is in embracing all of the tools of litigation and in “trying to be a masterful strategist.”

For instance, in disputes where there might be multiple disputes, she looks to consolidate cases with a “factual nucleus.” That means streamlining cases, centralizing discovery and deadlines and reducing the number of times clients or experts have to testify about the same subjects.

Another area where she might get an advantage over opposing counsel is in embracing e-discovery. Many lawyers don’t like it, she said, but their aversion or avoidance to it is just one more reason for her to use it as a tool.

“Having that skill set helps me help my clients. I get tactical advantage over the other side, so I embrace it,” she said. “I don’t know how litigators litigate without it.”

Outside of her legal practice, Choe has become a leader in diversity and inclusion at WTO. She was named the firm’s first D&I chair in 2018 and still serves in that position. “The firm as a whole, especially the management committee, was focused on how to be as competitive in the D&A space as we are in litigation,” she said. “The management felt it needed to be a central aspect of the firm culture.”

With Choe as D&I chair, Wheeler Trigg has implemented a data-driven revision to how the firm evaluates potential hires and determines their fit. By evaluating candidates based on qualities that the firm’s attorneys have identified as essential rather than just going off of personality or a sense of “fit,” the firm seeks to avoid implicit biases that might more easily disrupt the process. The firm also started an education program last year that was open to attorneys, clients and friends in the community, with hopes of holding a similar event once large gatherings are safe again after the pandemic. The firm is also participating in key diversity programs such as the Colorado Pledge to Diversity and the Leadership Council on Legal Diversity.

Choe said the firm is looking for its next generation of lawyers and wants to be inclusive in doing so. According to Choe, those efforts have been working so far, with an upward trend in women being promoted to equity partnership, though she said she recognizes it will take time for real change. “There’s no magic trick to really putting in place a meaningful antiracist, antidiscriminatory platform at any organization. It takes time and development to make a workplace really inclusive.”

She said her work in improving the firm’s diversity initiatives is personal for her. Her father came to the U.S. from South Korea after his village was bombed in the Korean War. He put himself through medical school while working at a canning factory in order to have access to cheap food. “He became unbelievably successful,” Choe said. “But he dealt with lifelong scars from racism and bigotry. That’s why I do this work. To honor him, and the sacrifices he made for our family.”