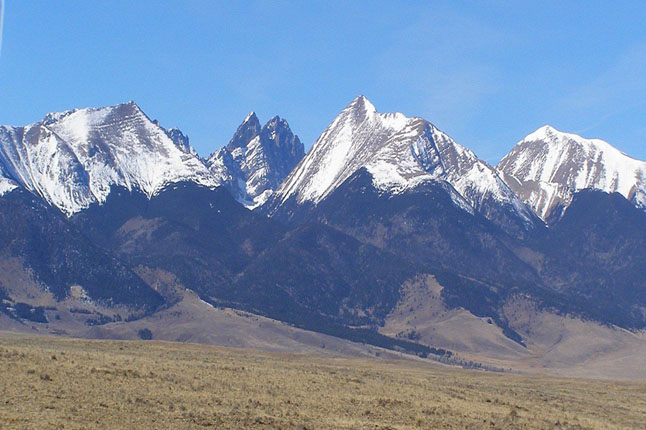 Fourteen years after the Colorado Supreme Court remanded a then-23-year-old case about ancestral land rights to the district court, the Court of Appeals has handed down an opinion in the case’s fourth appeal. But the latest decision still doesn’t put a definitive end to the case, and with it now 37 years old, there’s no telling how much longer the case could keep going.

In Alire v. Cielo Vista Ranch, the Court of Appeals on Nov. 15 ruled against the ranch’s current owner in the challenge of an administrative process used from 2004 to 2010 to allocate land access rights to the plaintiffs, Costilla County residents. The case also included a cross-appeal by the residents challenging the comprehensiveness of a different process used from 2010 to 2016. The court ruled in favor of the plaintiffs on cross-appeal, and has remanded to the district court to finish identifying all present-day landowners who can trace their access rights back to a land grant that predates Colorado’s statehood.

“Our clients have been waiting for this vindication for decades, and it’s just overwhelming to have it actually happen, and to be a part of it,” said Aaron Boschee, a senior associate at Squire Patton Boggs who has represented the Costilla County landowners as lead counsel in the case since 2013. “I’m still a little in shock.”

Spencer Fane partner Ron Fano, who has represented ranch owner Cielo Vista Ranch I LLC, declined to comment in an email beyond saying a decision hasn’t yet been made on whether to appeal to the Colorado Supreme Court.

The case has required reaching back to before Colorado’s statehood. In an 1863 document, Carlos Beaubien granted settlers access to a million acres of land in the San Luis Valley. Residents of Costilla County have historically relied on the land for livestock grazing and timber collection.

Jack Taylor, a lumber tycoon, bought part of the land in 1960 — it was for a period known as Taylor Ranch — and attempted to put an end to the residents’ access rights to his parcel. The U.S. District Court for the District of Colorado ruled in his favor, and the 10th Circuit Court of Appeals affirmed the decision.

In 1981, Costilla County landowners sued in state court to access that portion of the land, now called the Cielo Vista Ranch. The district court dismissed the claim, saying the federal court’s ruling was binding. When ordered to hold a trial by the Colorado Supreme Court, the district court denied the plaintiffs’ access rights.

But in two separate opinions in 2002 and 2003 on appeal known as Lobato I and Lobato II — the case for a time carried the name Lobato v. Taylor — the Colorado Supreme Court ruled the landowners had the same access rights promised to the original settlers by Beaubien’s grant. It ordered the district court to identify all present-day landowners who could trace access rights to those settled by 1869.

From 2004 to 2010, the district court used an administrative opt-out process based on historical property records to trace ancestral land access rights from the 1863 document to present-day landowners in Costilla County. Landowners did not have to each assert their usage rights. In January 2004, the district court determined there were more than 31,000 landowners in the county, and bringing each one into the action would be impractical. About 4,500 landowners received access rights to the Cielo Vista Ranch through the opt-out process, according to the opinion.

The ranch owner challenged the opt-out process in the appeal, arguing it improperly relieved Costilla County landowners of their burden of proof for access rights. But the Court of Appeals ruled the process was appropriate according to the Colorado Supreme Court’s directive.

On cross-appeal, the Costilla County landowners challenged the opt-in process. They argued it didn’t comprehensively identify all landowners with access rights, according to the Supreme Court’s orders in Lobato I and Lobato II. The Court of Appeals agreed. The decision remands the case back to the district court to identify all current landowners of which the parcels were settled by 1869.

On appeal before the Court of Appeals in September, the ranch owner’s arguments focused on issues related to the lack of opportunity to challenge the district court’s opt-out process. They claimed the reliance on property records from 1894 to determine land rights was a conclusive presumption that wrongly relieved plaintiff landowners of their burden of proof.

But the Court of Appeals noted that the Colorado Supreme Court concluded in its Lobato II decision that the property records — known as Map A and Book E — were the best available evidence to connect Beaubien’s 1863 land grant with the rights of present-day Costilla County landowners.

“Because the supreme court’s identification of Map A and Book E as the ‘best evidence’ appears to directly respond to landowners’ request to clarify the ‘mechanism of proof’ that would be sufficient on remand, we conclude that the trial court’s reliance on Map A and Book E was consistent with the mandate,” wrote Judge Craig Welling in the opinion.

The ranch owner also argued the administrative opt-out process did not give it any opportunity to challenge the process or rebut evidence used. On remand, the trial court appointed a title examiner to research and identify the links between present-day landowners in Costilla County and the 1894 property records. The parties were not allowed by the court to depose or otherwise contact representatives of the title company, so the court instead acted as an intermediary.

The Court of Appeals determined the prohibition likely went against Colorado Rule of Evidence 706(a). But the court also reasoned the error did not result in any prejudice.

The ranch owner made a third claim that the district court’s opt-out process did not give them any chance to present evidence that would challenge the allocation of land rights based on Map A and Book E from 1894.

The ranch owner stipulated in January 2015 that all the lands in Map A and Book E, as well as some additional lands, were timely settled. But they claimed that didn’t preclude the challenge on appeal to not having an opportunity to present rebuttal evidence. According to the opinion, “the stipulation contained a clause reserving Ranch Owner’s ‘right to appeal any and all rulings, orders or determinations’ entered on remand, including ‘those that determined . . . whether the Stipulated Settled Lands are part of the Burdened Property.’”

But the Court of Appeals disagreed because the stipulation related to a matter of undisputed facts.

“To the extent Ranch Owner now argues that it was prejudiced because the trial court prevented it from presenting evidence to rebut the presumption that Map A and Book E lands were timely settled, we conclude that Ranch Owner’s contention is foreclosed by Ranch Owner’s eventual stipulation to that very fact,” Welling wrote.

The Court of Appeals based its analysis of the opt-in process from 2010 to 2016 on evidence of settled lands that fall outside Map A and Book E of the 1894 property records. Costilla County landowners argued that because the timely settlement of certain areas in the county’s southern half was undisputed, the Supreme Court’s Lobato II decision required the district court to allocate rights to those lands without requiring the landowners to first make claims.

“We agree that the trial court’s opt-in identification process was inadequate to discharge the mandate, at least with respect to the Stipulated Settled Lands,” Welling wrote.

With the case remanded back to the district court, that means there’s still no definitive end in sight. But Boschee said he found the depth of the Court of Appeals’ analysis impressive, and added the opinion is well-written. “It’s a long case with a lot of history, and the panel really seemed to gain a clear understanding of it in a pretty short time.”