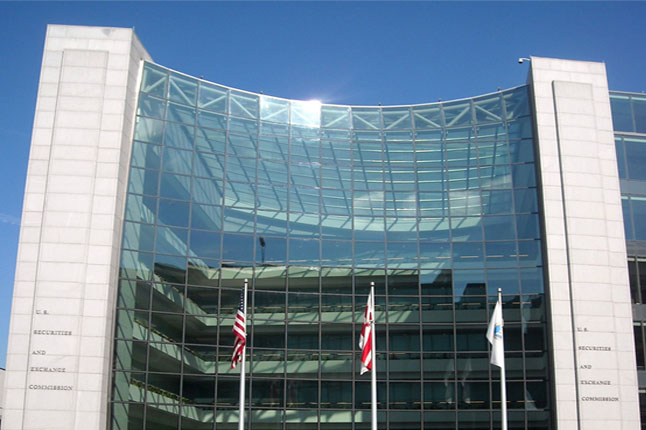 In the Securities and Exchange Commission’s latest collection of statistics, companies and their counsel can see an agency trying to do more with less.

On Nov. 2, the SEC’s Division of Enforcement released its annual report on its activity for the past fiscal year, which ended Sept. 30. In it, the commission lays out its stats on enforcement actions and the money it recovered from those actions, as well as its priority areas for enforcement. But the report also gives caveats on why those numbers aren’t higher — mainly that the enforcement division has fewer staff than under the Obama administration and recent Supreme Court decisions have hindered its ability to reap disgorgements.

The SEC launched 821 new enforcement actions in FY 2018, marking an 8 percent increase from the previous year. That doesn’t touch the high water mark of 868 new actions set in 2016, but as the report explains, many of those actions were tied to the commission’s Municipalities Continuing Disclosure Cooperation Initiative; take away the MCDC actions, and the SEC only initiated 784 new actions in 2016. Either way, this year the SEC showed a significant uptick from the Trump administration’s first year.

The report shows that the SEC is reallocating its resources to different enforcement priorities, such as protecting retail investors and policing cryptocurrency. This is partly due to policy shifts but also due to a lack of resources from its recent hiring freeze, according to Tom Tenenbaum, who practices securities regulation defense through his Greenwood Village firm, Tenenbaum Law.

“They are working with 10 percent less enforcement staff, both the lawyers and outside contract legal support,” Tenenbaum said. “What the numbers show is a result of that.” Both enforcement actions and monetary recoveries remain below Obama-era levels.

The commission took in a higher amount of monetary judgments in FY 2018 with $3.95 billion, helped by a spike in penalties. The SEC imposed $1.4 billion in penalties in the past year, nearly double the $832 million imposed in FY 2017. But the 2018 total is still lower than what the commission recovered in 2015 and 2016.

Part of the reason the SEC’s monetary recoveries aren’t higher, Tenenbaum said, is a pair of Supreme Court decisions that “threw a monkey wrench into things for the SEC.”

In June, the court declared in Lucia v. SEC that the commission had unconstitutionally appointed its administrative law judges. The result, Tenenbaum said, is that the SEC will need to retry many cases that were decided by  unconstitutionally appointed administrative law judges. That will be a huge burden for the commission as it tries to recover money through its in-house proceedings, Tenenbaum said.

The SEC noted that the 2017 Supreme Court decision in Kokesh v. SEC limited the commission’s ability to obtain disgorgements due to a five-year statute of limitations. That too is expected to restrict the SEC’s disgorgement totals going forward, Tenenbaum said.

Lee Terry, a corporate and securities attorney who is a partner at Denver firm Davis Graham & Stubbs, said the annual report functions as a public relations piece for the SEC. In this year’s iteration, the commission is likely trying to defuse public concerns that it will be less active in enforcement with a Republican chair, he added.

“I think what they’re really trying to say is … ‘Look, we’re really not backing off,’” Terry said, adding that in his experience over the past year, there’s truth to that.

But while SEC activity remains steady, its priorities have shifted. Terry said the most notable development companies can see in the new report is the decrease of what have been called “broken windows” cases by the SEC. During the Obama administration, the commission would initiate more actions over relatively small infractions in order to spur public companies toward better overall compliance with SEC rules and regulations. Current SEC Chairman Jay Clayton had been critical of the practice, and the new report seems to indicate a downtick in minor violation actions under his direction. These types of cases would appear in the “Other Noteworthy Actions” section of the report.

“You don’t see as many of them and [The SEC] doesn’t seem to be quite as picky as they were in the past,” Terry said.

Beyond the annual report, but also pertinent to corporations, was the SEC’s recent announcement that it paid out a record $168 million to 13 whistleblowers in FY 2018. The commission also received a record 5,282 whistleblower tips in the same period.

“The whistleblower program continues to expand even under the new administration, which is not a big surprise,” Terry said. He points to the Supreme Court’s February decision in Digital Realty Trust v. Somers, where the court held that whistleblowers only get anti-retaliation protection under the Dodd-Frank Wall Street Reform and Consumer Protection Act if they report to the SEC. Terry said that decision incentivizes corporate whistleblowers to go straight to the government with suspected wrongdoing, rather than make an internal report first and therefore risk unprotected firing by their company.

It’s arguable that the increase of whistleblower tips is merely a continuing trend, but there’s no doubt the Digital Realty decision pushed more whistleblowers to go straight to the government, Terry said.

Companies should also take note of the SEC’s recent action against Tesla and its founder Elon Musk, Terry said. Tesla and Musk settled securities fraud allegations in September over Musk’s misleading tweets that funding was “secured” to take the company private. As part of the settlement, he and the company would each pay a $20 million fine and Musk would agree to step down as Tesla’s chairman. Not only was the Musk matter an example of the importance of social media statements by executives, but it was also an illustration of how the SEC might resolve fraud charges, Terry said.

“They will come up with creative solutions to make sure that doesn’t happen again, not to mention fine the heck out of you.”