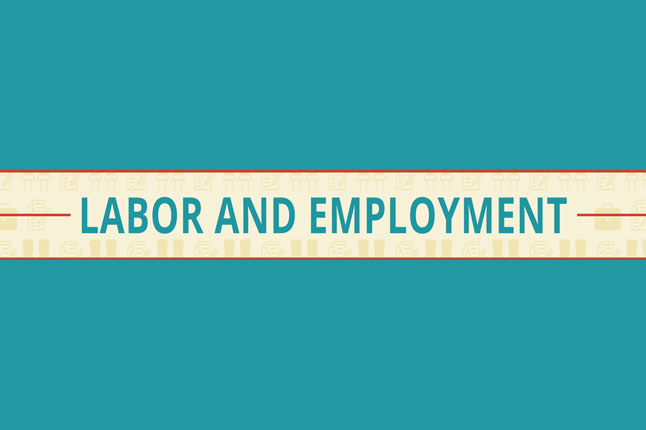 Colorado hasn’t lacked for high-performing management-side employment and labor and employment attorneys. And it’s a good thing, too; as the state’s economy has grown in recent years, so has its workforce, which naturally increases employers’ demand for legal advice on issues ranging from discrimination to immigration.

And with a growing state economy and shifting regulations at the state and federal level, they’re all pretty busy lately.

“Overall I would expect employment law demand … for outside legal services to typically be slightly higher than in recent years,” said Austin Smith, the managing shareholder of Ogletree Deakins Nash Smoak & Stewart’s Denver office. Including Smith, the firm’s Denver office has five Best Lawyers honorees in labor and employment categories, the others being John Combs, David Powell, Christopher Thomas and Cole Wist.

Smith said specialty areas of employment law like immigration look especially primed for growth. Combs and Thomas cover that niche, dealing in nonimmigrant visas and employment verification compliance programs for employers, among a range of other issues. The Trump administration’s focus on immigration law enforcement has understandably increased the demand for this practice area.

With the current administration, Thomas said, “We’re seeing a much greater focus on compliance and the ongoing effort to curtail immigration even in the legal context.” That means more employers will be defending their hiring and compliance practices related to immigration, through litigation if necessary.

Wist’s practice focuses on workplace safety issues for his largely industrial clientele, which has included mining, construction and oil and gas companies. He’s also been an especially active state legislator as House District 37’s Republican representative. He brings his perspective from the capital to clients when it comes to state and federal employment issues. Specifically, he has an eye for how current or pending legislation could raise or relieve compliance burdens on employers.

“There are direct connections between the political climate and what our clients see in terms of compliance costs,” Wist said. “I’m particularly aware of how the two worlds connect.”

The hot topic among workplace safety compliance attorneys is automation and artificial intelligence. Wist said he’s watching for how those innovations, as companies introduce them into their industrial operations, will coexist with their workplace safety obligations. “Technology can bring great efficiency to companies … but it can generate a whole set of other issues that they might face.”

Powell, who’s had a broad employment practice since 1990, has seen management-side employment lawyering evolve in two major ways over the past couple of decades. One, clients expect the attorney to have a firm grasp of their business and its goals, and not just dispense advice. “There’s really more of a premium on putting yourself in the shoes of the individuals that you represent,” Powell said.

Two, corporate clients are more budget-conscious than they used to be. They are less inclined to spend money on legal services while expecting quality. “Clients are less likely to give us as much leeway in litigation as they used to,” Powell said, so there’s greater pressure for the employment attorney to deliver positive outcomes on cases.

Michelle Ferguson, who leads the employment law practice group at Ireland Stapleton Pryor & Pascoe in Denver, has a somewhat unique practice dealing with public entities like special districts. Ferguson, who’s featured on the 2019 Best Lawyers list, also works with  charter schools and even other law firms that need help with employment law. “I consider myself the lawyer’s lawyer,” she said.

Fielding questions from these employers requires some extra considerations, Ferguson said. She has to be mindful of the Colorado Open Records Act with public clients, for example, and the Family Educational Rights and Privacy Act with schools.

Standing out as an employment attorney is a matter of going the extra mile in providing advice, and giving clients more than just the legal analysis. “Many of us can provide the right technical answer,” Ferguson said. “For me, being successful means I have to dig a little deeper” and figure out how the answer will affect the client’s operations, she added.

Conventional wisdom dictates that when the economy is weak, workers are more likely to file or join wage-and-hour lawsuits against employers. But in a strong economy like the current one, employment lawyers are becoming occupied with another subset of litigation.

Chuck Weese, a director at Denver firm Lewis Bess Williams & Weese and on this year’s Best Lawyers list, said his firm is seeing an influx in litigation related to covenants not-to-compete and trade secret misappropriation, in particular. “The past year or two have been probably one of the busiest times in my career,” Weese said. The mid-size firm has non-compete-related cases pending in a half-dozen states, he added.

States have their own statutes regarding whether a non-compete agreement is actually enforceable, and under what circumstances. “But what I see,” Weese said, “is that with a booming economy, you have a lot of movement” of professionals from company to company, and employers are trying to enforce their non-competes to keep from losing talent to competitors, Weese said.

Steve Gutierrez, a labor and employment attorney at Holland & Hart in Denver, echoed that observation about trade secret and non-compete litigation “remaining hot.”

“It’s so easy for employees to take information from their employer,” given the technology available to capture it, he said. He added that a lot of employees believe they own a lot of the information that a company would consider proprietary. While there is now a federal trade secrets protection statute, that type of litigation is also governed by a patchwork of state laws. Many of Holland & Hart’s labor and employment attorneys, 19 of whom are recognized in Best Lawyers 2019, deal in trade secrets-related litigation, Gutierrez said.

John Husband, who has been practicing for 40 years with Holland & Hart and chairs its management committee, remembers the labor and employment practice being far less varied when he began his career.

“Back then there were very few claims an employee could make, so the labor and employment practice was a narrow, specific area,” Husband said. Since then, state and federal laws concerning workers’ rights — from anti-discrimination to disability protections — have accumulated over the years, and with them the issues employers needed to address regarding employment law.

And labor and employment practice doesn’t just require much more legal knowledge these days, but business acumen. The management-side attorney used to mostly deal with the legal and HR departments, but nowadays it’s more common for them to interact with all aspects of the employer, including its board of directors and CEO, Husband said.

“The role of the [labor and employment] lawyer has gotten to be very, very large,” Husband said. “You have to have a very extensive knowledge in lots of different areas.”

With the #MeToo movement raising public awareness of sex-based harassment and pay equity issues, it’s a unique time to be counseling employers. Husband has a national clientele of law firms that are grappling with their own gender pay gap concerns, which is a “very tricky issue for them,” he said. He’s not alone in seeing gender-related concerns proliferate among clients.

Ferguson said the #MeToo movement “has brought employment law issues of harassment and discrimination back to the forefront of employers’ minds.” That, she added, makes it all the more important for employers to “not just respond to complaints but also be more proactive” and ensure they have procedures in place to prevent harassment from occurring.

All told, this year’s Best Lawyers in employment law have a lot on their plate. But the challenge is to keep providing high-quality legal representation and advice.

“Everyone seems really busy right now,” Ferguson said. “That’s great for business, but we can’t lose sight of the nuts and bolts, and that’s employees, and managing that relationship.”