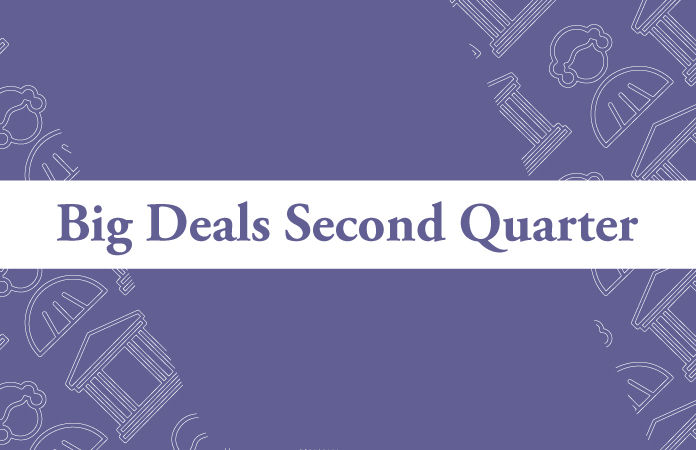 Debt Finance is part of our Big Deals Q2 coverage, and there wasn’t a lot of it. Maybe that’s a sign of the economy, but companies weren’t in a borrowing mode this quarter, even with low interest rates. Keep an eye on this space as we move into the last two quarters of 2021.

Lucy Stark, Partner; Leah Neumann, Associate; Byron Crowe, Associate; Kit LeVoy, Of Counsel; Sarah Ritchey Haradon, Partner; Rachel Shapiro, Associate | Holland & Hart represented SM Energy Company (NYSE: SM), a leading oil and gas exploration and production company, in its public offering of $400 million aggregate principal amount of 6.500% Senior Notes due 2028. The offering was conducted as a takedown from SM Energy’s existing shelf registration statement on Form S-3. It launched and priced on June 9th and closed on June 23rd. BofA Securities, J.P. Morgan, Wells Fargo Securities, Goldman Sachs & Co. LLC and RBC Capital Markets served as joint book-running managers for the offering. SM Energy used the proceeds from the offering to retire, via a tender offer and redemption, $384.7 million aggregate principal amount of its existing senior notes that were due to mature in 2022 and 2024. Holland & Hart additionally represented SM Energy Company in its cash tender offer for all of its 6.125% Senior Notes due 2022 and up to $172.3 million aggregate principal amount of its 5.000% Senior Notes due 2024. The tender offer featured an early tender premium and a consent solicitation to amend the terms of the indenture governing the 6.125% Senior Notes. SM Energy purchased $193.1 million of the 6.125% Senior Notes and $172.3 million of the 5.000% Senior Notes at the early settlement of the tender offer, which closed on June 23rd. Following the early settlement, SM Energy launched a redemption of the remaining 6.125% Senior Notes outstanding, which closed on July 8th. BofA Securities served as dealer manager and solicitation agent for the tender offer. D.F. King & Co. served as information agent.