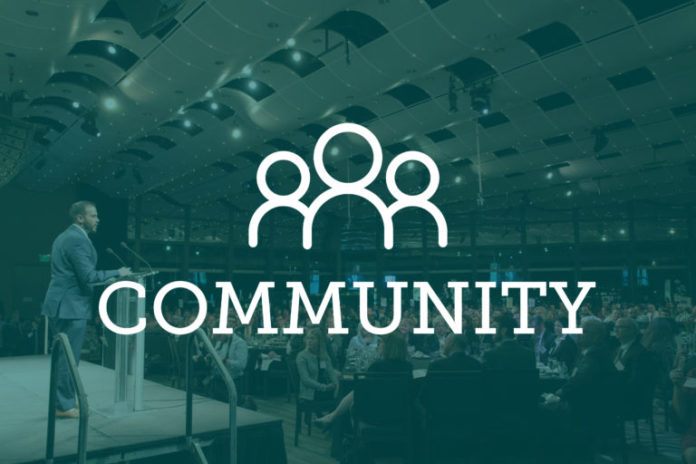 The Colorado LGBT Bar Association held its annual awards and scholarship dinner Oct. 21, where it recognized several attorneys following a keynote speech discussing the importance of the law profession for the LGBTQ community.

Keynote speaker Anya Marino is an instructor at the Harvard Law School LGBTQ+ Advocacy Clinic and previously served as the deputy legal director of the American Civil Liberties Union in 2020. Marino was the first openly transgender woman of color to be in a senior legal position in the ACLU’s national and affiliate offices and is the first transgender woman of color to teach at Harvard Law School. Marino’s work can be accessed at http://clinics.law.harvard.edu/lgbtq and on her Twitter, @harvardlgbtq.

In her keynote speech, Marino discussed her experiences growing up and how those experiences pushed her to make the world a better place, according to Shannara Quissell, secretary of the Colorado LGBT Bar Association.

“You could hear a pin drop,” Quissell said.

Growing up, Marino said it was difficult hearing hostile words from other children’s parents once she started expressing herself. After she lost a close transgender friend to homicide, it pushed her to become an attorney. Marino emphasized attorneys are in a position of service, and they can’t stop advocating for the public.

The awards dinner included a cocktail hour, a welcome from current Colorado LGBT Bar Association President Jordan Blisk, an awards presentation, the keynote speech and desserts and closing remarks. The bar association gave out four awards at the dinner, including the 2022 Attorney of the Year, Ally of the Year and Summit Scholars.

The Hon. Rachel Catt won the 2022 Attorney of the Year award. Catt has been a magistrate in Adams County since 2022. Prior to serving as a magistrate, Catt had 20 years of experience in family law and previously worked with both individuals and families with divorce court, custody and LGBTQ family matters. Catt was recognized by Colorado Super Lawyers and Best Lawyers, and, organized several amicus briefs for the Colorado Supreme Court, including for Hogsett v. Neale. Catt was the president of the Colorado LGBT Bar Association in 2019.

Arapahoe County Court Judge LaQunya Baker was awarded Ally of the Year. Baker has been an advocate for marginalized communities by testifying for legislation that would deter the over incarceration of oppressed communities. She was one of the founders of the Colorado Attorneys Against Police Violence and has assisted in the formation of annual programs to celebrate the intersectionality of LGBTQ and Black communities.

Spoon, a North Carolina native, came to Colorado to study french horn in 2012. They got involved with the University of Colorado Law School’s environmental program following the pandemic but became invested in the intersection of environmental, international and Indigenous rights issues. Following graduation, they hope to continue exploring these issues in Alaska each summer.

Highland is a single mother of two college-age children pursuing a new career path in law. She made her way into law through immigration activism by working with a mother living in a sanctuary church in Boulder, Colorado. Highland has had the opportunity to work with the Immigration Law and Policy Clinic at the University of Denver Sturm College of Law. In her studies, she likes to focus on the intersection of criminal and immigration law and will likely pursue this work following graduation.