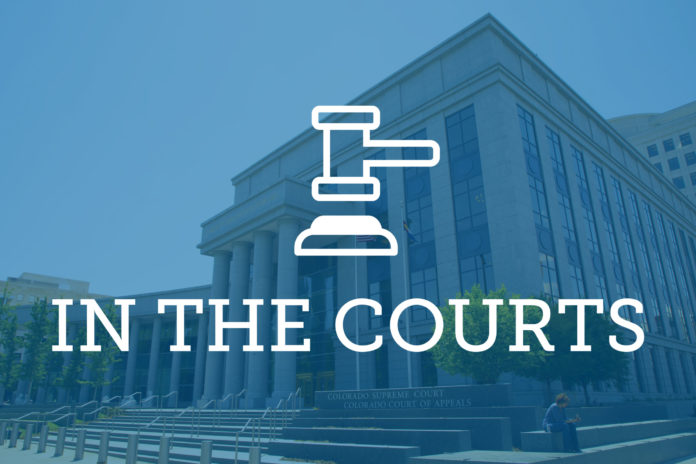 People In Interest of A-J.A.B

The Adams County Human Services Department moved to end the parental rights between a mother, named in court documents as H.J.B., and her child in March 2020.

The department’s petition said it didn’t have reason to believe the child, named in documents as A-J.A.B., was a member of an Indian tribe or eligible for membership. At a shelter hearing, the mother’s attorney told the court the mother may have Cherokee and Lakota Sioux heritage through her grandmother, but didn’t believe anyone in her family registered for membership and the mother probably wasn’t eligible to do so.

The court ordered the mother to fill out Indian Child Welfare Act paperwork so Adams County could look into her child’s eligibility. While the mother didn’t provide any of that information at the next hearing, she insisted she had Native American heritage and the court agreed that the case may be governed by the ICWA. The court didn’t instruct the Adams County Human Services Department to further investigate the mother’s claims and in June of 2020, the court entered a dispositional order without addressing the ICWA issues.

Counsel for Adams County asked the court to make another inquiry since the ICWA issue still wasn’t resolved by October. The mother still insisted she had Native American heritage, the court ordered her again to complete an ICWA assessment form, but at the next hearing, Adams County reported it still hadn’t received the forms.

The Adams County Human Services Department moved to end  H.J.B.’s parental rights in December and, relying on a statement by her counsel that she likely wasn’t enrolled in a tribe, the court ruled it wasn’t an ICWA case and terminated her parental rights.

On appeal, the mother argued that since the juvenile court had a reason to know her child was an Indian child based on her statements, the Adams County Human Services Department was required to send notice of proceeding to the Cherokee and Sioux tribes under the ICWA. Adams County and the child’s guardian ad litem countered that the information she gave was not enough for the court to have reason to know and so it wasn’t obligated to send notice to any tribes.

The Colorado Court of Appeals agreed that the court didn’t have a reason to know that A-J.A.B was an Indian child, but found that Adams County still had obligations to follow up with the tribes under section 19-1-126(3) of the ICWA.

That section required the juvenile court to direct Adams County to “exercise due diligence” to help the court determine if there was a reason to know A-J.A.B was an Indian child, the Court of Appeals found. Adams County should’ve identified every federally recognized tribe connected to Cherokee and Sioux ancestry groups, explore the basis of the mother’s claims to determine if other information was needed and to provide that research to the court.

The Colorado Court of Appeals remanded the case back to the juvenile court with directions for Adams County to exercise due diligence to help the court look into the claims.

Correction Note: An earlier version of this story named the wrong court in the headline. This article was updated to reflect that the opinion was released by the Colorado Court of Appeals. Law Week regrets the error.