Nearly 50 percent of women report experiencing harassment at work. This staggering statistic is likely nothing new. But what is new is the number of employees no longer accepting workplace harassment as par for the course. As part of what has been dubbed the “#MeToo” movement, more and more employees are taking a stand against degrading and inappropriate behavior previously overlooked in the workplace. And employers who ignore such behavior do so at their own peril.

In the past year alone, several prolific accused harassers have fallen. From chief executive officers to television personalities, successful individuals once thought to be untouchable are now not only unemployed, but also looked upon with disdain. Indeed, 87 percent of Americans now favor a zero-tolerance approach to sexual harassment.

Those who overlook harassment have also come under fire. Executives who sweep harassment under the rug are as likely as the harassers themselves to lose their jobs. In fact, just last month, the president of the University of Southern California has agreed to step down after it came to light that the former president’s handling of sexual misconduct allegations was, at best, questionable.

Employers may take a myopic view of harassment, believing that if an issue arises, it will be immediately addressed and the problem resolved. Those employers would be wrong. Harassment is not always immediately apparent to employers, often because the person being harassed is afraid to come forward or because he or she does not realize that this inappropriate conduct is, in fact, unlawful.

During that latency period, harassment can severely impact an employer’s bottom line in more ways than one. Harassment decreases employee morale, increases employee turnover, promotes absenteeism, lessens productivity and often leads to litigation. Litigation, in turn, is distracting, burdensome and, in most instances, costly. Perhaps most important, publicity surrounding reports of harassment (which, given the current climate, is likely) tarnishes the employer’s image and reputation. And an employer’s image, especially with the millennial generation, often takes precedence over everything else.

Employers must proactively combat harassment. Employers should have detailed protocols and processes for reporting and investigating harassment claims. In fact, employers are required by law to take prompt, remedial steps in response to a harassment complaint.

But actively and aggressively responding to complaints is likely not enough. Employers must also foster a community that promotes open dialogue. While the proverbial “buck” stops at the executives, executives are often the last line of defense. Indeed, offensive workplace conduct is rarely witnessed by executives, if it’s witnessed at all. Instead, co-workers or even subordinates are the most likely witnesses to harassment, even if it is not directed toward them. Harassment is likely to go unreported in an environment that does not encourage reporting, and this hurts employers in myriad ways.

Establishing an environment of open communication is likely to encourage reporting of harassment and to curtail another, related unlawful act — retaliation. Retaliation is an action that might dissuade a reasonable person from making or supporting a charge of discrimination or harassment. It often comes in the form of schedule or shift changes, exclusion from social activities, negative performance reviews or other adverse actions taken against the reporting employee (e.g., decrease in pay, demotion, termination). Where employees are permitted and even encouraged to report unlawful acts, retaliation, and the overall fear of the same, is likely to decrease.

As employers respond to the #MeToo movement, they should not limit their focus to just sexual harassment. With the increase in the number of women reporting being sexually harassed at work, the number of people complaining about the lack of civility at work is also likely to increase. In fact, at least 37 percent of U.S. workers report having been forced to work in a “hostile” work environment. 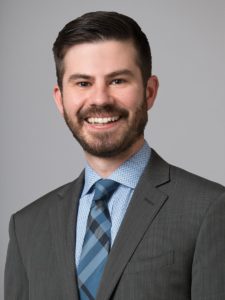 Workplace hostility is likely to be harder to eradicate than sexual harassment, at least in the current environment, because people generally do not view hostility with the same disdain with which they view sexual harassment. A less-than-civil boss may be considered not so much an outlier as the norm. But just as addressing harassment has undergone a revolution, addressing uncivil behavior — even if not in the courtroom — will do so also.

Just as with sexual harassment, employers would do well to foster open dialogue regarding workplace hostility. Employees are more likely to feel valued by their employer and will remain with the organization long-term if they feel confident their complaints will be addressed and that they will not suffer an adverse employment action. They are also less likely to resort to disparaging the employer, whether verbally or, as is more often the case now, on the internet. And given the ubiquity of internet searches by potential employees before accepting an employment offer, the fewer negative reviews an employer receives, the better its chances of hiring and retaining high-quality talent.

Many industries, including the entertainment, restaurant and technology industries, were caught off guard by the #MeToo movement, and they paid the price for it. If employers ignore or, in some cases, continue to ignore civility and harassment issues, they will likely be caught off guard again ­­­— and likely on a much greater scale.

Ultimately, it is easier to cure a cancer that is caught early, before it has metastasized and become part of the culture. The best course of action is, and has always been, addressing the issue before it becomes a problem. Proactivity is the answer.

— Nathan Schacht is counsel and Matthew Pearson is an associate in the Denver office of BakerHostetler.