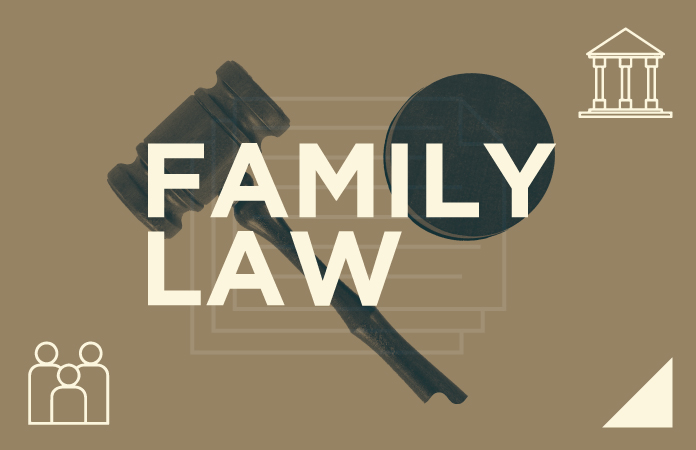 In Colorado, 73% of domestic relations cases involve at least one unrepresented party according to state judicial department data from 2020. While that number may seem high, it’s on-par with national averages, according to representatives from the Institute for the Advancement of the American Legal System’s Cady Initiative for Family Justice Reform at the University of Denver.

The high level of self representation in family courts across the country offers a way to better understand how the public interacts with the civil justice system, larger issues around access to justice in the U.S. and emerging opportunities for the legal industry.

Family law cases are often, by nature, major and life altering proceedings for those involved.  Natalie Knowlton, a director of special projects at IAALS who leads work in family law justice reform, said that the cases often involve sensitive issues around relationships, children and conflict. As a result, court rulings can have life-long impacts on those involved and those around them. The cases are dynamic as well, and can change day to day, adding another level of complexity.

While people can choose to not pursue civil legal matters like landlord or contract disputes, family law matters like divorce or custody arrangements almost always require court intervention, Knowlton explained, which means a large group of people often find themselves pro se in court. “So you have this kind of captive audience that’s going through the system without legal help and it’s tremendously disrupting for the people going through it, which is the primary focus of my work,” said Knowlton.

She added that large numbers of self-represented litigants can also be disruptive for courts that were built for attorneys to navigate. “The courts kind of rely on this public-private partnership with the bar such that the bar represents people in the courts and the courts don’t have to change their procedures for an entirely different user type,” Knowlton explained. “That compact is broken, it’s a market failure and we’re seeing that and what we’re witnessing is just the collateral consequences of that market failure.”

Michael Houlberg, a manager for special projects at IAALS with a focus on family courts, has been involved in research projects for IAALS including the Cady Initiative for Family Justice Reform’s 2018 landscape study of 11 large family law courts across the country. While his research has involved quantitative data analysis, Houlberg has participated in quantitative research as well including interviewing people who are navigating the courts.

During an interview with one self represented litigant, Houlberg explained, the party described handling their case as being “in a room with the lights turned off and one person would shine a flashlight and tell you ‘go here now,’ and then you’d go there and do what you need to do, and then someone else would shine a flashlight and say ‘now go here’ instead of just turning the lights on.”

This description, Houlberg felt, captured the majority of the feedback he heard from self represented litigants about navigating civil courts: that it can be confusing, overwhelming and frustrating.

On top of navigating the legal issues around their case, Houlberg explained, many self represented litigants face challenges that industry insiders might not think of, including navigating the inside of the courthouse, having to get time off work due to court hours or getting childcare while in court. “When asking these litigants what type of solutions they’d love to see in the process, a lot of it was more reflective on their life in general,” Houlberg said.

Parties representing themselves in family law cases face three main phases, Knowlton explained: accessing information, deploying information and then applying it to their case. Within each of these steps are many other challenges that can make navigating the courts extremely difficult for parties without attorneys.

The first step is accessing legal information, often online or through state court resources. The Colorado judicial branch has very comprehensive information for self represented litigants, Knowlton and Houlberg said, but other state courts don’t always have similar resources in place.

The next step is deploying information, which involves acting and moving a case forward through the courts. Knowlton said programs that help self represented litigants in this stage include automated forms and self-help coordinators, like those in Colorado’s Sherlock program, or working with court staff to understand next steps in their case.

The final step for parties representing themselves is deciding what they should do based on their individual circumstances, which involves seeking legal advice. “Self help is not legal advice, it doesn’t tell you what you should do based on your particular circumstances,” explained Knowlton, adding that there is a need for the legal industry to provide advice for people who can’t afford to hire an attorney for the entire life of a case.

That doesn’t mean self-represented litigants would never hire an attorney, Knowlton said, “but self represented litigants probably aren’t going to go to a family law attorney at least as the model exists today in Colorado.” To address this, according to Knowlton, legal industries need to rethink who can provide legal advice and what other business models exist.

Some states have launched programs to allow non-lawyers to handle certain legal matters and Colorado has taken first steps to allow paralegals to take on family law cases. According to Knowlton and Houlberg, using these professionals could be a more affordable option for some parties.

But, Knowlton explained, there will always be a market for attorneys and their legal advice. And with the large numbers of self-represented litigants that can’t retain a permanent attorney, Knowlton thinks there are large, mostly untapped markets for civil cases.

Some companies, she explained, have created models that allow clients to retain an attorney on a limited basis, like completing a form or representing them in trial. Hello Divorce, an online, subscription based service that started in California and has expanded to other states including Colorado, is an example of how limited-scope representation can be really profitable, Knowlton said. It’s an option for parties that can “access information and then pull an attorney in on a limited basis, which is far more affordable than just a blank check, here’s the retainer,” she added.

On the research side of things, Houlberg believes courts should engage more often with people they serve. Research done by organizations like the Colorado Access to Justice Commission are good examples of this type of engagement, according to Houlberg. While this type of research can be difficult, he noted, listening to community voices can help legal industry insiders grasp the common struggles and opportunities to change. Behind every piece of quantitative data on the court system personal experiences, he added, there’s a story that tells us about a crucial part of the civil justice system.