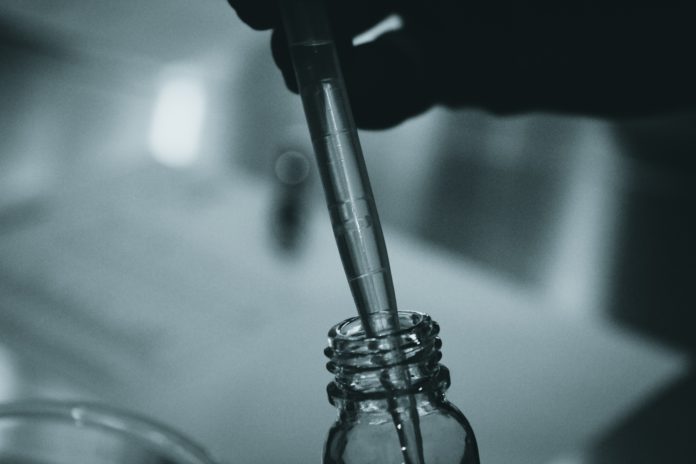 A federal appeals court has likely ended a decade-plus long battle over a commonly used pesticide linked to neurological defects in children. The 9th Circuit Court of Appeals ruled in late April that the Environmental Protection Agency must act promptly to deem chlorpyrifos safe for human exposure or ban the product.

The court in its April 29 decision held that the Federal Food, Drug, and Cosmetic Act requires EPA to examine existing scientific findings in deciding whether the substance poses any risk to human brain development. The import of the decision, said Shaun Goho, deputy director and senior staff attorney of the Emmett Environmental Law and Policy Clinic at Harvard Law School, is that EPA must decide whether chlorpyrifos pesticides should be banned without claiming that toxicological impacts are not sufficiently understood to make a determination.

Chlorpyrifos was first marketed in the U.S. in 1965 and belongs to a type of chemical substance called organophosphates, which have been used as pesticides for roughly 80 years but were also used as neurotoxins during WWII. During the 1990s, EPA began to restrict chlorpyrifos’ uses, forbidding application for most residential purposes and on tomatoes by 2000, but the substance is still among the most commonly used pesticides in the country. It continues to be commonly used on corn crops but is also applied to broccoli, Brussels sprouts, cauliflower, cranberries and soybeans, as well as to fruit and nut trees, according to an EPA webpage. The pesticide is also used on golf courses and turf, to treat wood products, including fence posts and utility poles, and to control bark beetles and other tree pests. In some circumstances, it is applied as an anti-mosquito agent and as ant and cockroach bait.

“There’s obviously some judgment in terms of how you determine what’s safe,” said Goho, who filed an amicus brief on behalf of several organizations of healthcare professionals. “You can never have 0% risk from anything in the world, so that can’t be the level. … The court is saying that, based on your standards for what counts as safe, you have to say if the exposures are safe,” he continued. “lf you can’t say that they’re safe, based on your standards, then you need to ban the uses on food crops.”

Pesticides applied to food crops must receive a tolerance from EPA before they may be used because, without that exemption, the food would be “adulterated” under the FFDCA. The statute provides that EPA “may establish or leave in effect a tolerance for a pesticide chemical residue in or on a food only if [it] determines that the tolerance is safe.” In September 2007 a coalition of organizations led by Natural Resources Defense Council and Pesticide Action Network North America filed a petition to revoke all tolerances applicable to chlorpyrifos, arguing that EPA’s allowance of uses failed to take account of medical research showing that damage to the developing brain occurs in the presence of a concentration of the pesticide far below the level authorized by the agency.

Procedural wrangling that included four 9th Circuit decisions followed as EPA avoided making a decision on the merits of that petition, but EPA eventually acknowledged the accuracy of that claim. The agency wrote in a 2016 revision of the Human Health Risk Assessment applicable to chlorpyrifos that nine medical studies are “sufficient evidence that there are neurodevelopmental effects occurring at chlorpyrifos exposure levels below that required for AChE inhibition.” AChE — the enzyme acetylcholinesterase — is involved in the regulation of nervous system function.

EPA’s Federal Insecticide, Fungicide, and Rodenticide Act Science Advisory Panel had also concluded in 2012 that “chlorpyrifos likely plays a role in impacting the neurodevelopmental outcomes” documented in three medical studies and, in 2008, determined that “maternal chlorpyrifos exposure would likely be associated with adverse neurodevelopmental outcomes in humans.”

Despite those agency findings, EPA did not act on the 2007 petition until April 2017. Former administrator Scott Pruitt decided then not to lower chlorpyrifos tolerances to zero and refused to cancel the registration of the pesticide under FIFRA. Notwithstanding “several years of study,” Pruitt declared, “the science addressing neurodevelopmental effects remains unresolved.” EPA did not mention its 2016 human health risk findings and said it wanted more time “to achieve greater certainty as to whether the potential exists for adverse neurodevelopmental effects to occur from current human exposures to chlorpyrifos.” Pruitt’s move amounted to a reversal on the issue from the Obama administration, which had proposed in November 2015 to ban the pesticide.

Yet another round of litigation in the 9th Circuit followed Pruitt’s decision, leading to an en banc panel’s decision that EPA could not ignore objections to it, and, in 2019, Pruitt’s successor Andrew Wheeler rejected those objections on grounds that they were “not supported by valid, complete, and reliable evidence sufficient” to prove that chlorpyrifos is unsafe. EPA said it would wait until the next FIFRA registration review for chlorpyrifos to consider again whether there are grounds to consider the substance potentially dangerous to humans at doses below the authorized tolerance.

The most recent appeals court decision arose from that move. Judge Jed Rakoff of the U.S. District Court in New York City, along with 9th Circuit Judge Jacqueline Nguyen, ruled that EPA can only allow a tolerance applicable to, and continued FIFRA registration for, a pesticide if it determines the pesticide is safe. Closely parsing the words of a 1996 update to the FFDCA, Rakoff wrote that “Congress made the explicit decision to prioritize safety over all else. … This makes the FFDCA a remedial statute, which, as noted, must be given a liberal construction consistent with the Act’s overriding purpose to protect the public health,” he continued. Rakoff wrote that EPA has a “continuing duty” to evaluate the safety of pesticides, including chlorpyrifos, and that the extent of the agency’s discretion to continue a registration under FIFRA does not extend to substances regulated by FFDCA. “Congress’s decision to give the EPA discretion to set FIFRA priorities does not translate to the FFDCA,” Rakoff wrote. “The EPA’s obligations under the FFDCA are linked to a single issue, safety, but they are mandatory.”

Judge Jay Bybee of Las Vegas dissented, arguing that EPA could choose not to determine whether a pesticide is safe or unsafe under FFDCA. Rakoff rejected that analysis. “The FFDCA imposes an overarching obligation that the EPA protect human safety, and particularly the safety of infants and children,” he wrote. “Congress has excluded the middle, not this Court. The EPA can only lawfully take agency action to establish or leave in effect a tolerance (e.g., denying the 2007 Petition) if the EPA finds that the tolerance is safe.”

Patti Goldman, managing attorney of Earthjustice’s Northwest regional office and the lead counsel for the coalition fighting for a chlorpyrifos ban, said the 9th Circuit’s opinion is the first to clarify the extent of EPA’s power to avoid making safety determinations under FFDCA when presented with a public petition asking it to do so. She also remarked that she does not think it likely that the Biden administration will ask the court to reconsider the decision in an en banc proceeding. “I think this case will be at the end,” she said. “There’s only one party on the other side, and it’s EPA.”

Several states have moved to eliminate remaining chlorpyrifos uses within their borders pending EPA action. Hawaii did so in January 2019, followed by a California prohibition effective in February 2020 and a New York ban set to take effect in July. Maryland, Minnesota, Oregon and Washington are among other states that have considered legislation to ban the compound.

Colorado U.S. Rep. Joe Neguse was a lead sponsor of a bill introduced during the last Congress that would have banned chlorpyrifos and other organophosphate pesticides, as well as the neonicotinoid class of compounds, under federal law. That bill has not yet been reintroduced in the current Congress.

Corteva Agriscience, the country’s largest manufacturer of chlorpyrifos, announced in February 2020 that it would phase out production. Several other companies continue to produce the compound.

Roger McEowen, a professor at Washburn University School of Law in Topeka who specializes in agricultural and regulatory law, said he anticipates that the agriculture industry will have trouble finding a substitute for chlorpyrifos if EPA bans it. “It will make it slightly more expensive because this is a cost-effective tool,” he said. On the other hand, “it’s just removal of one tool,” he continued. “It’s not a game changer.”