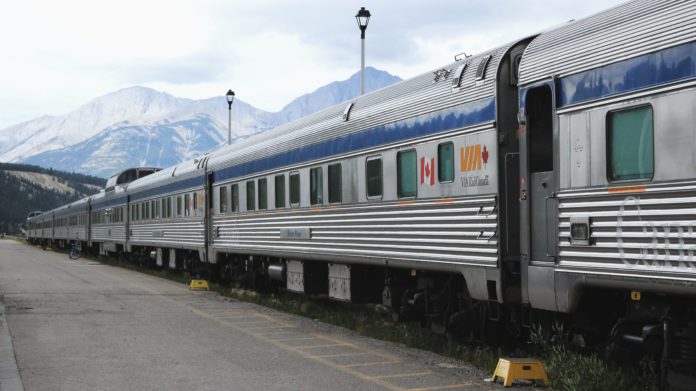 While railroad expansion might seem like American history, proposed infrastructure funding from the Biden administration could help to interconnect the rail network along Colorado’s Front Range — connecting cities such as Boulder and Pueblo with non-highway travel.

In order to improve the odds of obtaining those funds for rail development, state lawmakers have introduced SB21-238 to create a Front Range Passenger Rail District. Currently under consideration, the bill concerns the creation of the special district itself — as well as the planning, design, maintenance, development, financing, construction and operation of an interconnected passenger rail system spanning across RTD and Amtrak’s national rail networks. The bill proposes to create a rail district essentially extending from Wyoming to New Mexico, including counties stretching across the state such as Adams, Boulder, Jefferson, Douglas, Pueblo and Weld.

According to Democratic Sen. Rachel Zenzinger, part of the impetus for the bill is to launch the possible rail system to another level — where it can compete for federal funds in development under the American Jobs Plan. At the same time, however, she cautions that this bill is just the first step in a long process.

“The bill is actually very simple, it just creates the district,” she said, adding that it outlines what the duties of the district would be and how the board would be constructed. “Then, at that point, everything else will fall to the district to begin all the things listed in the bill title.”

When the Biden administration announced its interest in investing federal dollars to improve rail and transit services for America as part of the American Jobs Plan, Zenzinger said there was a realization that a project like the Front Range rail service could happen. At approximately the same time, Amtrak expressed interest in expanding its rail service for the Front Range.

House Majority Leader Daneya Esgar echoed Zenzinger in a statement, saying the bill is just the first step in creating a rail system that could reduce not only highway pollution but also driving “unprecedented economic investment in our state.”

According to a fact sheet produced by the White House, The American Jobs Plan “is an investment in America that will create millions of good jobs, rebuild our country’s infrastructure and position the [U.S.] to out-compete China.” While the American Rescue Plan is focused on changing the course of the pandemic and delivering relief, the Jobs Plan is about investing. Specifically, the plan proposes to provide hundreds of billions of dollars in transportation improvements around the country, not just in roads but in bridges, rail networks, public transit and electric vehicles. For passenger rail networks, Biden is asking Congress to provide $80 billion to address Amtrak’s repair backlog and modernize traffic in the Northeast Corridor. He’s further calling on $85 billion to modernize existing transit “and help agencies expand their systems to meet rider demand.” The goal of that $85 billion is to reduce traffic congestion and bring bus, rapid transit and rail service to communities and neighborhoods around America.

“This is kind of a once-in-a-lifetime investment in infrastructure, and we want to be poised to be able to receive it,” Zenzinger said.

She said that when the bill headed into hearings, many people had questions on details that have yet to be worked out. Zenzinger said these were appropriate questions like what would the taxing look like, how much would it cost or what sorts of rail alignments would they pick. “All those are future questions that will definitely be taken up, but we have to establish a district first, so that we actually have an entity that is focused on those questions,” she said.

Zenzinger said work on the Front Range system didn’t just start overnight. In 2017, the state legislature repurposed the Southwest Chief rail line, which became the Southwest Chief and Front Range Passenger Rail Commission. The commission was charged with creating a plan furthering the idea of passenger rail along I-25 and the Front Range. The next year, the legislature invested $2.5 million into supporting the commission’s efforts in advancing a practical pathway for a Front Range passenger rail service.

“It really works as a system,” Zenzinger said. “We have to really be thinking about the entire Front Range. That’s where the growth is, and that’s where we anticipate the growth being.”

She said she thinks enacting this district could bring long-term benefits for the citizens of Colorado. In the planning and research by the commission, Zenzinger said ridership studies showed 69% of the use of the proposed rail system would be work-related travel. She added that the proposed system could allow someone to live in Pueblo but work in downtown Denver, or allow someone in Colorado Springs to work in Boulder without adding more traffic to the roads.

“The importance of this line to Southern Colorado cannot be understated,” Esgar said. “As the Denver-metro area has rapidly grown during the last several decades, it’s no secret that other parts of our state have been overlooked or left behind. Front Range passenger rail would connect the most populous parts of our state to rural areas, create jobs and boost Southern Colorado’s economy.”

Once the district is formed, it would increase the chances of becoming a competitive recipient for federal funds for the Front Range system, Zenzinger said. Without the district, Zenzinger said that there isn’t a strong standing to receive that level of investment from the federal government. But if the district is charged with taxing authority and other details placed the district in the running for funding.

With buy-in from “heavy-duty rail” and Amtrak stepping up to work on the Front Range expansion, Zenzinger said she felt it only strengthens the case for the district. “I think the timing of it, and I think the reason we’re making the leap now … is because of this potential investment from the federal government which would really just help with the affordability of something like this,” Zenzinger said.