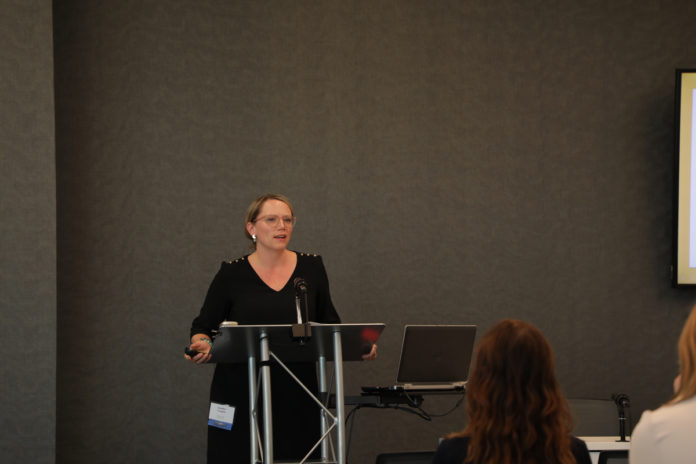 Colorado’s “red flag” gun law will go into effect Jan. 1, making the state one of 17 to allow for the temporary removal of firearms from a person a judge deems a danger to themselves or others.

The bill was among the most controversial this past legislative session, and the opposition didn’t stop when the bill was signed into law in April. More than half of Colorado’s counties have declared themselves “Second Amendment sanctuaries,” where sheriffs have vowed not to enforce the law, and gun rights groups have already filed lawsuits challenging it.

On Dec. 2, a three-hour CLE program presented by CBA-CLE on Extreme Risk Protection Orders helped clear up some of the questions the local legal community has about the new law, while raising several more, many of which the courts will have to answer. The speakers and panelists also gave advice to attorneys interested in representing parties in ERPO cases.

During the first hour of the presentation, Terri Morrison, legal counsel for the Colorado Judicial Department, went over the language of the red flag law and the ERPO petition process. Under the law, family and household members or law enforcement may petition to have firearms taken away from someone they believe poses a threat.

Petitioners may first file for a Temporary Extreme Risk Protection Order requiring the respondent to immediately surrender firearms until the court holds a hearing to determine whether to issue an ERPO, which is valid for 364 days. A petitioner can also file for an ERPO without having a TERPO in place. ERPO hearings must be held within 14 days after a TERPO is issued or an ERPO petition is filed.

For both types of protection order, the petitioner must allege the respondent poses “significant risk” of causing injury to self or others by having custody or control of a firearm. A county or district court may issue a TERPO based on a preponderance of the evidence while an ERPO requires a clear and convincing evidence. If an ERPO is issued, the respondent must sell or transfer firearms to a licensed dealer or arrange for law enforcement to store them and, within 48 hours, file proof of relinquishment to the court or attest that they don’t have any firearms and didn’t have any at the time the ERPO was issued.

A respondent may file one request to terminate an ERPO during the 364-day validity period, and a hearing must be held within 14 days of the request to determine whether, by clear and convincing evidence, the respondent still poses a risk.

The statute’s broad definition of “household or family member” sparked a few questions during the session. Under the law, petitioners can include those related by blood, adoption or marriage, as well as legal guardians, domestic partners and anyone who shares a child with the respondent. A household member can also be someone who “regularly resides with or has resided with [the respondent] in [the] last six months.”

One attendee asked whether someone who lived with a gun owner for only a week could file a petition months after their whirlwind romance goes sour and the petitioner moves out.

“I think that’s certainly a possibility,” Morrison responded, adding that the courts may look at that situation and decide the petitioner doesn’t have standing. “But the language is pretty straightforward.”

Several people asked about the sheriffs who have said they won’t enforce the red flag law. Can they do that? During a panel discussion, Allison Rocker, assistant director of the prosecution and code enforcement unit at the Denver City Attorney’s Office, said courts will issue orders to law enforcement as part of the ERPO process, and “it will come down to how the court wishes [those orders] to be enforced.”

Rocker added it’s critical for courts and attorneys to know which law enforcement agencies in each jurisdiction will cooperate before any petitions are filed, since search warrants for firearms must be served in as little as 24 hours in some situations.

“Get as many people to the table as you can who will have any sort of role in this bill. That’s the most vital lesson that we have learned,” she said.

Boyd said there is also the question of whether “law enforcement” includes federal agencies. “Presumably it would,” he said, adding U.S. Attorneys, the FBI, the Secret Service, military and tribal police and the Bureau of Alcohol, Tobacco, Firearms and Explosives could all have standing under the red flag law.

It’s not clear how many ERPO petitions Colorado’s courts can expect in the first year, so it’s hard to know exactly how many judges and attorneys will need to be available for ERPO hearings, which must be held within a 14-day window after petitions are filed. Morrison said that while the state will be getting more district judges due to a bill passed last session, the new legislation was not in response to the red flag law.

As for who will hear the ERPO cases, Morrison said that will vary district by district. In some jurisdictions, they may be heard by judges who routinely handle probate cases or protection orders, while judges in rural districts may not have the luxury of a dedicated docket, she said. Because the red flag law is expected to face constitutional challenges, magistrates will not be able to preside over ERPO hearings.

The court must also appoint counsel for all respondents, regardless of indigency. “We need attorneys to take these appointments,” Morrison said, adding attorneys who want to serve as court-appointed counsel for the red flag law can sign up on the judicial department’s website.

Attorneys who plan to represent petitioners in ERPOs should get up to speed on safety planning and risk assessments to make sure clients are protected, especially in cases where the respondent’s sense of self is closely linked to gun ownership, Boyd said. “That is going to be an incredibly dangerous situation to come forward as a petitioner,” he said.