The Colorado Supreme Court heard arguments Tuesday, in a case that will affect how much leeway parties have in suing others for campaign finance violations.

Under the Colorado Constitution, a private party can bring a campaign finance enforcement action against another private party. That lawsuit must come after an administrative law judge determines the defendant violated Colorado’s Fair Campaign Practices Act or Amendment XXVIII, and the suit must be brought within one year of the violation. According to respondent Matt Arnold of Campaign Integrity Watchdog, though, a defendant can appeal the ALJ’s decision and potentially run out the clock on the private suit’s filing period while the appeal is pending.

The main issue the Supreme Court is considering in Alliance for a Safe and Independent Woodmen Hills v. Campaign Integrity Watchdog is when the triggering “violation” occurs in a case and whether that date can extend beyond the date the ALJ decided the case. Alliance, the petitioner, argued for a plain language reading of the statute, which would bar Campaign Integrity Watchdog’s lawsuit against it. Alliance is run by Republican state Sen. Bob Gardner, who argued on its behalf.

CIW, however, contends that interpreting the statute of limitations in a way that precludes campaign finance enforcement suits would lead to an “absurd result.” According to Arnold, CIW’s non-attorney founder who argued opposite Gardner, the lawsuit in question shouldn’t be time-barred, regardless of the answer to the underlying question, because it was filed within a year after Alliance was still in “continuing violation.”

The case springs from an election in 2014, when the Woodmen Hills Metropolitan District near Colorado Springs held a vote for its board of directors. Alliance raised funds, sent out postcards and set up a Facebook page to discredit one of the board candidates, Ron Pace. Pace, CIW and another Woodmen Hills resident each filed complaints, which got consolidated, with the Secretary of State. They alleged Alliance failed to register as a political committee and report contributions and expenditures required under state law. An ALJ sided with the plaintiffs on both counts and fined Alliance $9,560 and ordered it to register as a political committee. The ALJ determined Alliance failed to register as of June 26, the day of the administrative hearing. 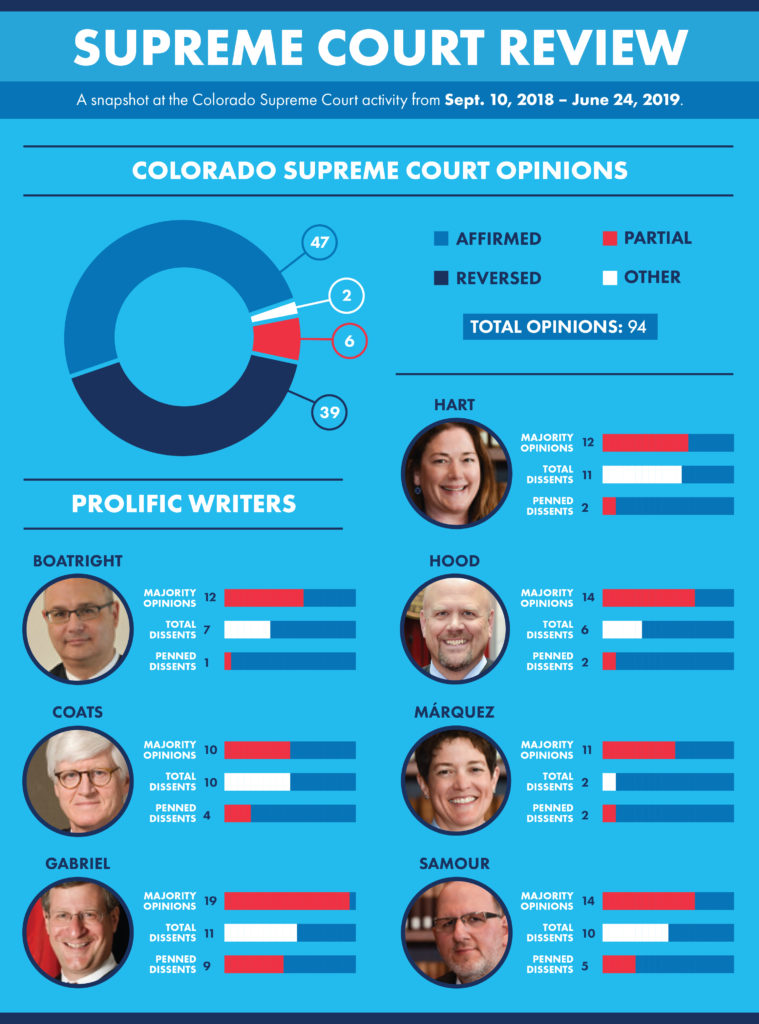 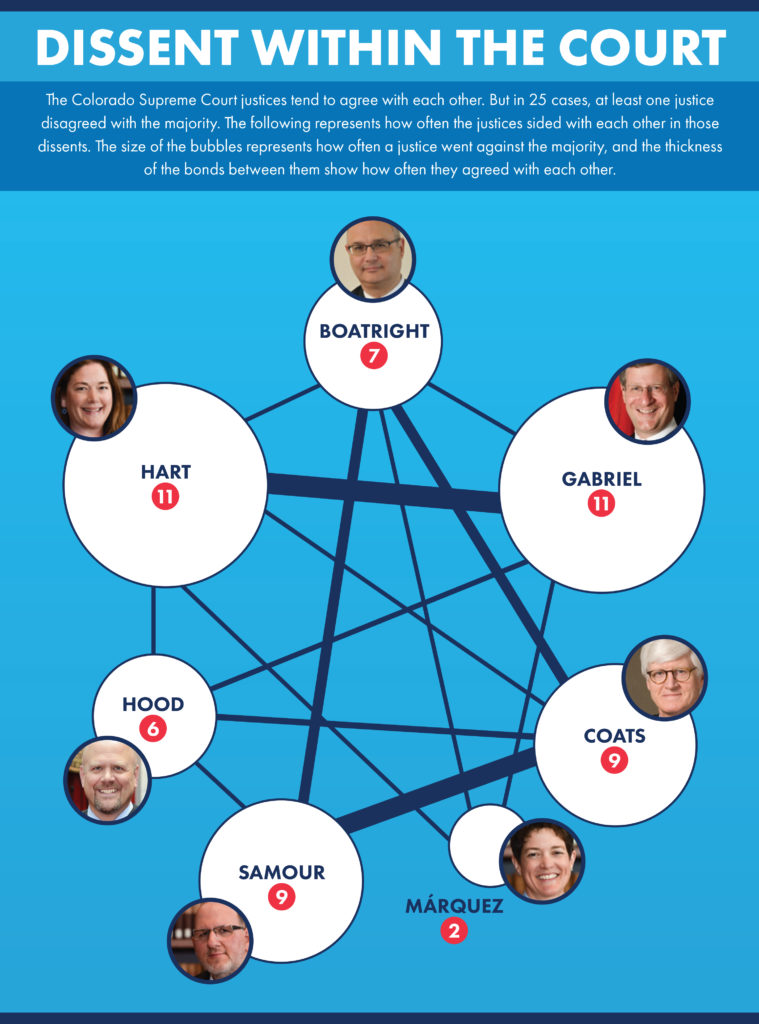 In this case, the secretary didn’t enforce the decision against Alliance beyond invoicing the organization. That came after Alliance appealed to the Court of Appeals with a motion to stay. When the appellate court denied the stay, Alliance withdrew its appeal on Nov. 21, 2014.

CIW filed a private enforcement lawsuit against Alliance, but not until Sept. 15, 2015. The district court tossed CIW’s enforcement suit, finding it was time-barred under the one-year statute of limitations, and CIW appealed the dismissal.

At the Court of Appeals, Alliance argued that the statute of limitations began running on June 26, 2014 — the day of the ALJ hearing. The majority decided, however, that Alliance’s failure to register could constitute a continuing violation, and the record didn’t show when or if that violation ended. With that reasoning, the division reversed the dismissal, but it declined to say what date the violation occurred.

At the Supreme Court on Tuesday, petitioner Bob Gardner argued for a plain language interpretation of Amendment XXXIII’s statute of limitations.

“The fact that from time to time, there may be a case that is not even liable for private cause of action is really neither here nor there, because the plain words preclude that,” Gardner said.

Justice Monica Márquez asked him what litigants like Arnold are supposed to do when an appeal is pending on a case and they have to wait until the district court gets jurisdiction before they can file the enforcement suit.

“The lower court addressed that issue and said that there may be cases in which private enforcement action is just not available,” Gardner said. He added that the plain language of the statute doesn’t yield an “absurd result” because a great many private enforcement suits could still be brought regardless.

In response to a question from Justice Richard Gabriel, Gardner said there’s nothing preventing a party from filing the private action and having it stayed while the appeal is pending.

Arnold argued that Alliance was using the one-year filing period to escape the consequences of the ALJ’s decision. “Mr. Gardner’s argument really could be boiled down to three phrases: ‘Yes, I’m guilty as sin, but oh, hey, look at the time! Nanner-nanner, can’t catch me.”

Arnold said the Court of Appeals “got it right” by looking to whether there was a continuing violation. And if the violation was a failure to register, he argued, then Alliance was still in violation until it registered as a committee in Oct. 7, 2014.

Arnold said he was asking for Article XXVIII “to be read as a consistent whole.” Interpreting “violation” to mean the underlying infraction “would negate the entire purpose” of Article XXVIII.

He added that even if some private enforcement actions can’t be brought, the Secretary of State still might sue, not being subject to the one-year filing window private litigants are.

Boatright told Gardner he was “bothered” by how a strict construction application of the filing period would encourage “gamesmanship.”

“Is that just collateral damage of strict construction in this, or how do we handle that?” Boatright asked. “Or is that just the voters enacted an unwise constitutional amendment with regard to that provision?”

Gardner replied that he “would never say the voters are unwise.” He added, “It may simply be that the language and the way it was drafted … has some results that maybe someone would look at later and say, well, it allows for gamesmanship, it allows for someone to do certain things. But it does provide finality.” •