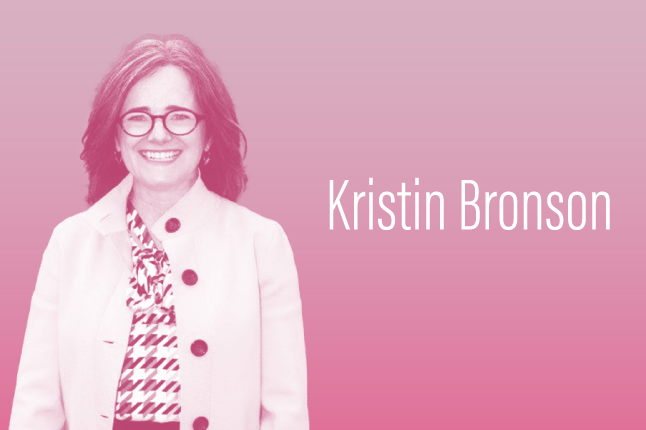 For many people, 2020 was life-changing because of the problems brought by the pandemic: illness, economic woes, homelessness, domestic violence. Denver City Attorney Kristin Bronson’s last year was significant because of the work she did in responding to each of those issues.

On top of the day-to-day job of serving as city attorney, Bronson also served as interim general counsel for Denver International Airport and worked with the mayor and city agencies on responding to the various issues that arose or worsened last year.

“I don’t think I’ve worked harder, ever, in my life than this past year,” Bronson said.

Prior to stepping into her role as city attorney, Bronson spent nearly 20 years at what is now Lewis Roca. She said she was drawn to the public service aspects of her work — such as serving on the board of the Downtown Denver Partnership, among others — and decided to focus her career on that instead. Now, after serving in the local governmental office for just under five years, Bronson has surpassed the tenure of recent city attorneys.

The work as city attorney involves working as managing partner for 250 attorneys and staff, overseeing contracts and legal work for the city and working with outside counsel on issues where work needs to be outsourced.

“Managing the department is maybe half my time, and the other half … I’m sort of like a paramedic,” Bronson said. “I get brought in to triage the patient, patch them up and then kind of pass it on to the next person.”

Last year, Bronson’s work largely dealt with the city’s pandemic response. According to the nomination submitted to Law Week, Bronson worked on 175 contracts for the city on COVID-19-related work alone.

A key part of that work focused on addressing homelessness in the city. Bronson was involved both in the legal battles surrounding camp cleanups and enforcement of municipal ordinances as well as negotiating contracts with hotels to use their space for respite care or to temporarily house individuals who were more at risk of contracting COVID-19. Bronson said her office wrote an open letter to the industry to appeal to them to provide rooms and eventually won their support.

“You’re getting an influx of people experiencing homelessness at the same time that you’re trying to decompress your shelter system. So, we had to stand up emergency shelters, we’re expanding housing options, we are expanding rental assistance programs, we’re setting up state-sanctioned camping site sites,” she said. “There was a lot of work to be done, and a lot of grant dollars going out through our own contracts or grants. I think our office has never been as busy.”

“I think we managed the COVID recovery incredibly well,” she said. “The fact that we were able to push through hundreds of contracts related just to COVID, that we were able to stand up temporary shelters in record time, even just the emergency management process.  I think there were some cities that really struggled with how to respond, but I think our team really rose to the challenge.”

Bronson stepped out of her legal role last year in developing the city’s public health approach for youth violence prevention, based on guidance from the Centers for Disease Control. She worked in partnership with community members, educators and city agencies to develop a plan to address youth violence before it happens.

“I really had a focus in mind, and when COVID hit, we did immediately pivot because we knew young people were going to be suffering during the stay-at-home order, social isolation and the stressors of that.”  She said the city, like others around the country, saw an uptick in violent crime and gun violence, which showed the initiative was more important than ever.

Bronson’s action plan concluded with a set of strategies and the hiring of a full-time youth violence prevention worker.

Bronson has a reputation for being active in the community, helpful as a mentor and effective as an attorney. Bronson serves Denver’s legal community as a mentor and leader.  She said her experience working in construction law at a large law firm showed her there were not many other women in her line of work. She joked that she became a mentor to other female attorneys in part for selfish reasons. “I think that as much as I wanted to help younger attorneys coming up, I also craved a bit of community, you know, truthfully, there wasn’t a critical mass of women that understood the challenges of the job and the stresses of the job and raising a family.” After working as a hiring partner at her firm, she’s seen attorneys through on-campus interviews, entering the law and rising through the ranks to become judges or reach other high levels in the profession.

“I’ve had a great opportunity to do that over the years which I really enjoyed,” she said. “It’s been lovely to see how attorneys that I’ve decided to recruit to the firm or work within different capacities over the years become really successful.”