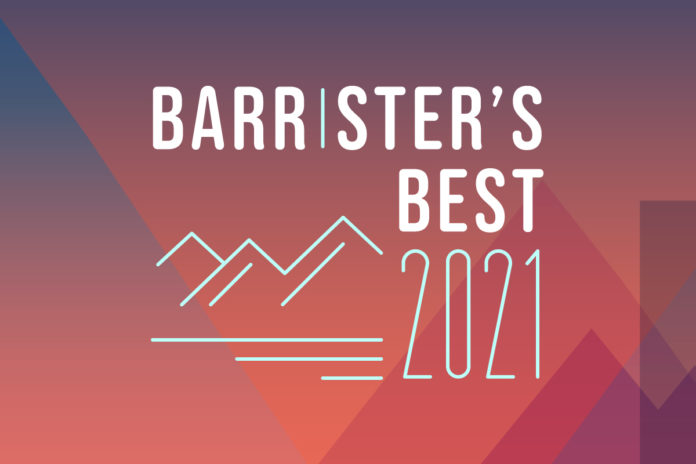 After serving on the Colorado Court of Appeals for seven years and working as the City Prosecutor for Lafayette, Justice Richard Gabriel was appointed to the Colorado Supreme Court in 2015. He writes and speaks frequently on judiciary and trial issues, authoring legal education papers over the past three decades.

Judge Terry Fox has served on the Colorado Court of Appeals since 2011. As a member of the Judicial Dream Team in collaboration with the Center for Legal Inclusiveness, she is actively working to promote diversity on the bench. She also contributes to the Supreme Court’s Advisory Committee on Language Access and the Supreme Court’s Character and Fitness Committee. She is a member of the Colorado Hispanic Bar Association as well, and is committed to mentoring young lawyers and potential jurists.

PEOPLE’S: Doug Friednash, Brownstein Hyatt Farber Schreck
Doug Friednash is no stranger to complex public policy issues. He was the chief of staff for former Colorado Gov. John Hickenlooper and city attorney for Denver Mayor Michael Hancock, his extensive experience in state legislation and public sector law has resulted in more than a decade of regular industry recognition.