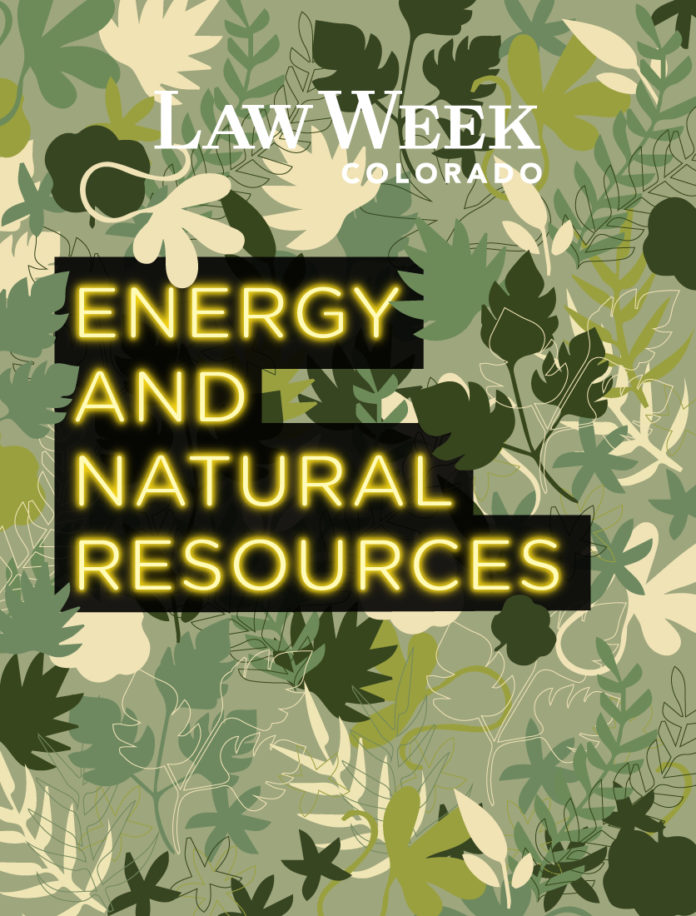 Energy and natural resources updates have been abundant this year, as the Biden Administration overturns a number of Trump- and Obama-era policies and regulations. Law Week dug into upcoming WOTUS rules updates as well as updates to how the U.S. Environmental Protection Agency and the U.S. Army Corps of Engineers oversee regulations. Check out our current edition here!

The suit launched by Colorado Attorney General Phil Weiser against JUUL Labs, the e-cigarette manufacturer, is still making its way through district court, despite North Carolina’s recent $40 million settlement with the company over allegations of targeting youths and teens. Law Week Reporter Avery Martinez examines both cases and their allegations against the e-cigarette giant.

New from Law Week: 5Q
Introducing 5Q, our new weekly feature here at Law Week. The premise is simple: Each week, a local lawyer gets the chance to answer five questions highlighting their interests, personality, passions, and views on major issues facing the legal community and on the practice of law.  Questions can range from what advice you’d give a loved one thinking of entering law school, to naming the hardest thing about your first year practicing law. Interested? Contact Hank Lacey.

Trump Allegedly Asks Random Mar-a-Largo Passerbys for Lawyer Recs
According to Business Insider, former President Donald Trump has been allegedly asking passersby for recommendations on legal help. Apparently, over the past spring Trump has claimed he has no “real lawyers” working with him. However, a spokeswoman for Trump told Business Insider this was totally “fake news.” (Business Insider)

Labor Lawyer from Florida Looks to Lead DOL Unemployment
Jose Javier Rodriguez, a partner with Sugarman & Susskind, labor lawyer and former Florida legislator, has been named by President Joe Biden to head the U.S. Department of Labor’s office administering unemployment insurance benefits and overseeing job training and apprenticeships. The 42-year-old attorney is based in Miami, and has represented unions, pension and benefit funds, workers in various litigation types and served in the Florida Senate for four years, until he lost last year by roughly 30 votes. (Reuters)