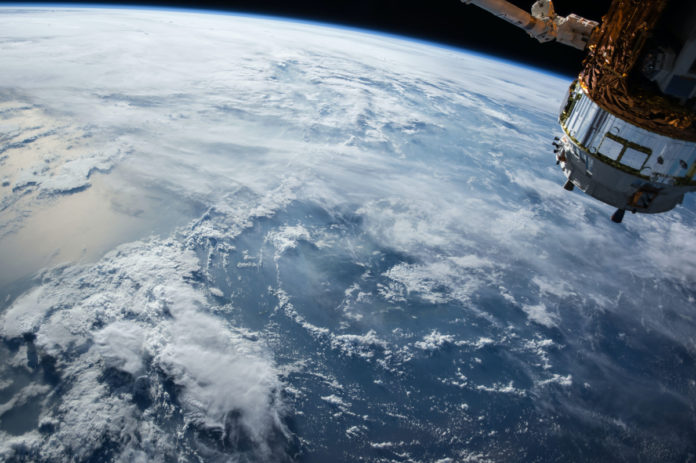 Space might be the “final frontier,” but the growing area of space law shows that it’s anything but the Wild West.

Out past the reaches of our planet’s surly bonds, there are still tight laws and regulations. While there are international agreements about operations in space, the practice area deals with a slew of other matters, ranging from regulatory matters, insurance law and corporate laws.

The backbone of space law is made up of international agreements, the most significant being the Outer Space Treaty of 1967, written during the height of the space race and outlines how to operate in space peacfully. The treaty was opened for signatures in the U.S., U.K. and Soviet Union, and as of June 2019 has 109 countries signed onto it.

Since the treaty’s creation, man set foot on the moon, the Mir Space Station was constructed — and replaced by the International Space Station — and the process of actually sending people and things into orbit began its transition from government to corporate activity. Now, with the U.S. space shuttle fleet retired, the only way to send a person into orbit is on a Russian Soyuz rocket or, for satellites or other objects, on a corporate rocket like SpaceX’s Falcon fleet. One part of the treaty that is especially relevant today, as corporations take to earth’s orbit, is Article 6, which specifies that nations have to approve activities by entities and provide continuing supervision.

Under that treaty, anyone operating in space must follow a web of regulations and submit to governmental oversight. Like in other practice areas, there are regulatory specialists that know the ins and outs of specific agency regulations and requirements. Just for a few oversimplified examples, the FAA dictates how rockets use airspace, the FCC dictates how satellites use the airwaves and the FTC dictates what can cross what borders.

And while there are plenty of attorneys who work in regulatory or corporate law and can step in on specific issues pertaining to space law, the bench of space law attorneys who do a little bit of everything is much smaller.

The number of private practice space law attorneys who spend at least 50% of their practice in the subject area might be in the ballpark of 50 in the country, according to Skip Smith a member at Sherman & Howard in Colorado Springs who also serves as a director of the International Institute of Space Law.

The wide range of matters that fall into the space law bucket cover everything from government contracts to insurance litigation. Smith, for example, has been involded in large-scale insurance litigation surrounding a failed rocket launch in 2014 for about three years now.

And Smith said that as companies have become active space-faring entities, the law has shifted. In the 1980s, space law, and the space business, weren’t as big. Then, companies were typically government contractors and worked on building engines, shuttles or satellites used for NASA. At that time, NASA was a doer, Smith said. Now, NASA is an enabler. The biggest difference you see is that companies are performing what used to be the mission of space agencies.

For instance, companies like SpaceX and Orbital Sciences are working on launching cargo into space and soon will likely be able to send people into space as well.

And with companies doing the work that is typically expected of NASA, laws and regulations might need to be adapted to make it easier for them to do so.

Many commercial programs were developed through NASA Space Act agreements, a law that allows the space agency to go through the contracting process more quickly than it would if it followed the Federal Acquisition Regulation that would otherwise require it to open up a bidding process, select the lowest bidder and take bid protests.

In spite of the flexibility of the Space Act agreements, corporations are still looking for more flexibility.

The FAA and Department of Transportation are currently in the rulemaking process for their “Streamlined Launch and Reentry Licensing Requirements,” which is intended to create that flexibility.

And as operations in space become a bigger issue for companies, so too is the question of liability for objects in space.

As more and more things are launched into space, the question lingers regarding who is responsible for cleaning up all that stuff, and who is even allowed to do so.

Many companies are launching satellites for a variety of uses — some might be large, expensive and house a range of equipment, but more recently, companies have been launching smaller networked satellites. For instance, Elon Musk’s SpaceX has already begun setting up a constellation of “Starlink” satellites that can provide internet connectivity.

With so many satellites and other pieces of debris in orbit, there are plenty of questions about who is responsible for everything, who is required to clean it up and who is allowed to clean it up.

Smith said there are laws as well as standards regarding liability for damage from any of that debris, but things are only getting more cluttered.

“Can someone go up and remove that debris — if a satellite is registered by the country that put it up, do you need the legal permission of that country to deorbit their satellite?” he said.

“The current standards say you’re supposed to dispose of a satellite within 25 years somehow. We might have thousands of these up there for 25 years. … How do you handle that?”