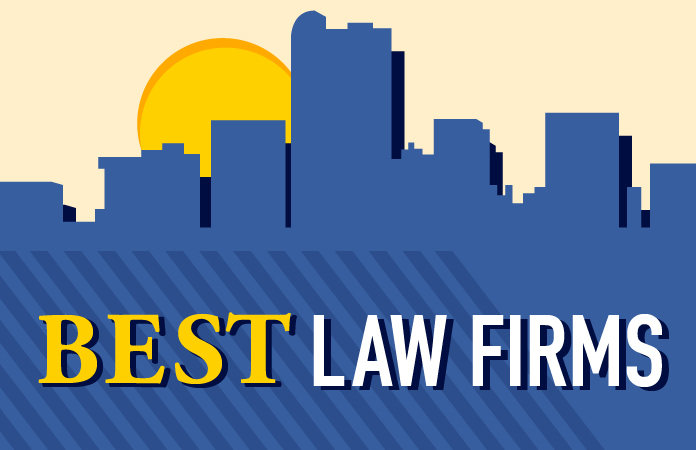 “U.S. News is committed to providing consumers with the data and information they need to make some of life’s biggest decisions,” said Morgan Felchner, executive editor at U.S. News, in a press release. “This commitment extends to the ‘Best Law Firms’ rankings, evaluating law firms in their efforts to bring important services to companies and individuals alike.”

The organizations said the 2023 edition of U.S. News – Best Lawyers® “Best Law Firms” recognizes the most elite firms across the nation, identified for their professional excellence with consistently positive feedback from clients and peers. To be eligible for a “Best Law Firms” ranking, at least one lawyer at the firm must be recognized in the latest edition of The Best Lawyers in America®, an award presented to only 5% of lawyers in the U.S.

“The legal community views ‘Best Law Firms’ rankings as the top marker of excellence for the reason that our methodology is comprehensive, rigorous and historically proven,” said CEO of Best Lawyers Phillip Greer in the press release. “Our extensive process guarantees this designation is bestowed upon only the best legal practices.”

The organizations announced that to produce the 13th edition, the Best Lawyers research team analyzed almost 124,000 client responses, 12.2 million evaluations of more than 115,000 lawyers from more than 22,000 firms and conducted hundreds of interviews with law firm leaders. According to the announcement, this process resulted in 2,071 firms earning national recognition and 15,825 firms earning metropolitan recognition. Of those, only 571 firms earned a national Tier 1 recognition and just 64 firms earned a “Law Firm of the Year” designation, the organizations noted in the press release.

Law firms receiving the “Law Firm of the Year” designation have an outstanding overall performance in Best Lawyers’ research of a given specialty, the announcement noted. The organizations noted all the same factors for determining national rankings apply to these awards. Client reviews, peer-attorney feedback and firm leadership surveys are used to identify the top firm in each of the 75 nationally ranked practice areas, the press release noted. According to the announcement, a firm can only win in two categories in a particular edition.

The organizations noted national and metropolitan Tier 1 rankings will be featured in the physical edition of U.S. News – Best Lawyers® “Best Law Firms”, which will be distributed to more than 30,000 in-house counsel.

The 2023 U.S. News – Best Lawyers® “Best Law Firms” publication can be viewed online, and rankings can be viewed in their entirety by visiting bestlawfirms.usnews.com.