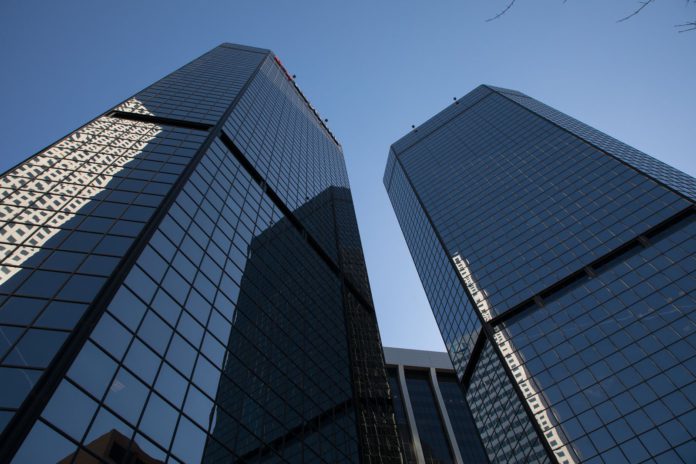 Colorado lawmakers are considering a bill that would make sweeping changes to anti-discrimination laws that supporters say address workplace challenges highlighted by the COVID-19 pandemic and the #MeToo movement.

According to the bill’s legislative declaration, the Protecting Opportunities and Workers’ Rights Act (SB21-176) is intended to “modernize anti-discrimination laws to expand access to justice and protect Colorado workers.” The declaration also notes that women, minorities and older workers have been disproportionately affected by the recent economic downturn, making them more vulnerable to harassment and discrimination.

“We’ve had [anti-discrimination] laws in place for half a century. And the goals of the laws were to give people equal opportunities, but they’re not there yet,” said Rachel Ellis, managing partner at Livelihood Law and a board member of the Colorado Plaintiffs Employment Lawyers Association, which is supporting the bill.

“We need the law now to catch up to where we are,” she said. “And that’s why some of these changes are so important in Colorado.”

But employer-side attorneys are eyeing the bill warily. They warn that the proposal replaces long-held standards with vague new criteria, eliminates the distinction between employee and independent contractor and could increase litigation.

The POWR Act would significantly change the process for filing employment discrimination complaints. Currently, employees must exhaust administrative remedies before filing a lawsuit, which they must file in either state or federal district court.

The bill would allow an employment discrimination claim to be brought in any court of competent jurisdiction, including county courts. Plaintiffs would be able to file a civil action without exhausting administrative remedies, as long as they first file a charge with the Colorado Civil Rights Commission or serve the employer a demand letter for relief and give the employer 14 days to respond.

For cases where damages are under $25,000, filing in county court would be a cheaper and faster option, Ellis said. “You could be in county court within a couple months. And for district court, it takes a couple months before there’s even an answer filed,” she said, adding that in federal cases, it might take two or three months for discovery to begin.

Ellis noted the 14-day notice period for employers to respond to a demand is likely to be amended to 28 days. The notice period gives an employer the chance to quickly fix what’s wrong, Ellis said. “People want to be able to do their jobs [and] they want to keep their jobs, especially right now,” she said. “And if something gets fixed, they’re grateful. It makes them a more loyal employee.” But if the employer doesn’t want to fix the problem, the employee doesn’t have to spend a year or more in the administrative process before bringing the matter to court.

However, employer-side attorneys warn of the effects of eliminating the requirement to exhaust administrative remedies. “What that does is it eliminates the key tool for keeping ridiculous claims out of court,” said Sherman & Howard member Brooke Colaizzi. “I don’t care if they’re ridiculous from the claimant side or from the employer side — having to go through that administrative process helps to weed out claims that just shouldn’t be litigated.”

The POWR Act would also expand the definition of “employee” to include independent contractors, subcontractors and their employees and those who offer services or labor without pay, such as unpaid interns.

Colaizzi said the change is “arguably the most significant piece of this bill” because it “obliterates the distinction” between employee and independent contractor, opening businesses up to claims from vendors, contractors and the employees of contractors. She added she expects the redefinition to be the most-challenged piece of the bill.

“Including independent contractors in the definition of employee is a significant change,” White said. “That could really affect the way companies have structured their different business models.”

The bill also adds anti-discrimination protections based on marital status and caregiver status. The pandemic has highlighted the burden placed on caregivers, who are often women, and the difficulty of balancing a job and caregiver responsibilities, Ellis said. “They should be extended the same courtesy and flexibility that other people are extended for non-caregiving reasons,” she said. That could mean flexibility in time off or work schedules, but it could also apply to opportunities for advancement, training or more responsibility.

“Sometimes, with caregiving, there’s benevolent discrimination, which is when an employer makes assumptions for the employee’s ‘own good,’” Ellis said. She added that employers sometimes don’t offer opportunities to women because employers think women wouldn’t be interested in opportunities that require travel or commitments outside of regular business hours.

Under the POWR Act, a single incident of harassing conduct could be deemed sufficient to create a hostile work environment, which would eliminate the “severe and pervasive” standard set by case law.

“The standard for severe or pervasive means that there’s a certain level of harassment that we expect you to tolerate,” Ellis said. She said that when representing clients in harassment cases, the employer’s attorneys often quote case law from the 1960s when arguing that a single incident of harassment doesn’t meet the standard. “We cannot expect women or [people from other] protected categories to have to put up with the same things that they had to put up with 50 years ago,” she said.

Colaizzi said eliminating the severe and pervasive requirement would require employers to be “omnipotent and omniscient” when it comes to employee behavior. “Even in the best of employment environments, someone will say something that shouldn’t be said at some point in time, and employers can guard against that,” she said. “And they’re now going to be dragged into court potentially for every one of those circumstances.”

The bill would also eliminate the requirement for an employee who alleges harassment to prove a tangible decline in productivity. “When someone’s being harassed, or their workplace is hostile, but they are able to continue to be great at their job, they should not be penalized,” Ellis said, adding that sometimes people in protected groups are targeted for harassment because they are good at their jobs and a coworker wants to “take them down a peg.”

The bill only requires an employee to show the harassment has made it “more difficult” to do their job. White said it’s unclear what that means or how to prove it, and she expects that requirement to be “heavily litigated.”

Another area of concern for employers, according to Colaizzi, is that the POWR Act would essentially remove the Faragher-Ellerth defense in Colorado. The defense allows an employer to avoid liability for harassment by a supervisor against a subordinate if the employer can show it took steps to prevent or correct the behavior, such as through anti-harassment training or policies, and the employee failed to take advantage of preventive or corrective opportunities offered by the employer.

“If your training program has documented success of preventing harassment, I’m not sure how you show that,” White said, adding that “the way this is written is just ripe for a lot of litigation because these terms are so vague.”

The POWR Act would make several more changes to workplace discrimination laws in Colorado, including expanding the statute of limitations for filing a charge with the CCRC, prohibiting certain medical examinations and repealing limits on remedies in age discrimination cases. The bill would also limit the ability of an employer to require confidentiality of claims once a charge is filed with the CCRC.

The bill has been assigned to the Senate Judiciary Committee and is scheduled for its first hearing on March 25. Its prime sponsors in the Senate are Democrats Sen. Faith Winter of Adams County and Sen. Brittany Pettersen of Jefferson County.