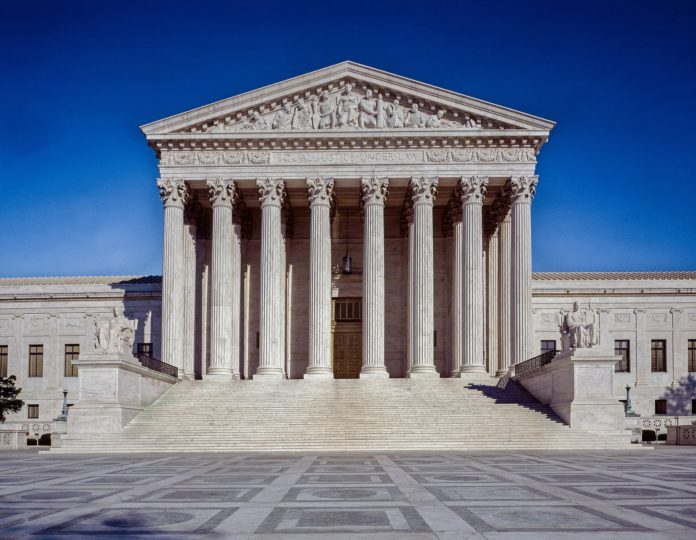 The Supreme Court, in a narrow, late-night vote on Wednesday, rejected a request to block Texas’ restrictive new abortion law. The unsigned majority opinion said that opponents had not shown they could overcome systemic obstacles to the court’s exercise of jurisdiction. Four dissenting justices, including Chief Justice John Roberts, argued for an injunction.

Opponents of the Texas law expressed outrage in the wake of the court’s opinion. “This is a devastating blow for Texans and their ability to determine their own future,” said Adriana Piñon, policy counsel and senior staff attorney at the ACLU of Texas. “Every day this abortion ban is in effect, countless Texans lose their constitutional right to access abortion. As a result of the Supreme Court’s terrible decision, many Texans — and disproportionately people of color and people with low incomes — will be forced to carry pregnancies to term against their will. This is especially horrific given the severe maternal mortality crisis in Texas that has impacted Black women the most.”

Amy Hagstrom Miller, president and CEO of Whole Woman’s Health and Whole Woman’s Health Alliance, said she and colleagues in her organization are “devastated.” “Our patients are scared and confused and desperately trying to figure out what they can do to get an abortion,” she said.

Abortion opponents, meanwhile, lauded the court’s action. “Today is a historic and hopeful day,” said Chelsey Youman, Legislative Director at Human Coalition Action Texas, in comments reported by USA Today. “Texas is the first state to successfully protect the most vulnerable among us, preborn children, by outlawing abortion once their heartbeats are detected.”

Legal academics were split in their reactions to the court’s refusal to prevent S.B. 8, the so-called Texas Heartbeat Act, from going into effect. Some law professors indicated shock in the aftermath of the opinion. “No court issued a decision that said ‘Roe v. Wade is overturned,'” wrote Leah Litman, an associate professor and constitutional law expert at the University of Michigan School of Law and host of the podcast Strict Scrutiny, in an editorial published in The Washington Post. “No court issued a decision explaining how it could be constitutional for Texas to effectively ban abortions at a point before many women even realize they are pregnant. But the courts’ decisions have the same effects on women in Texas as a decision explicitly overruling Roe. It is a curious and intellectually cowardly way to resolve an issue that conservatives have often described as involving important legal and moral principles.”

Other legal academics said they thought the case against S.B. 8 was not an effective vehicle to address its constitutional validity. “Even if the applicants received all of the relief they sought, every other judge in the state could entertain suits under S.B. 8,” wrote Josh Blackman, a faculty member at South Texas College of Law – Houston in Reason magazine’s The Volokh Conspiracy blog. “This case was a terrible vehicle for emergency injunctive relief.” Blackman explained that the parties seeking an injunction against the law named only one state court judge and one state court clerk as defendants.

“They took the position that there were procedural hurdles,” said Jessica Smith, a partner and constitutional law expert at Holland & Hart, referring to the justices who signed the opinion declining to grant an injunction. The justices who signed on to that opinion “decided that the plaintiffs weren’t able to show that their lawsuit fell in what’s called the Ex parte Young exception,” she continued, referring to a set of rules based on a 1908 decision by the court. “Normally federal courts aren’t allowed to tell state court officials what they can and can’t do.”

The exception allows federal courts to enjoin prospective constitutional violations, Smith said, but the five justices in the majority Wednesday night did not think it applicable. “In this unsigned opinion they’ve said, ‘well, the defendants say they really don’t intend to violate rights,’” she continued. “They don’t say that they intend to enforce this law or they don’t have any present intention to bring a lawsuit under the Texas statute.”

For plaintiffs seeking preliminary injunctive relief, Smith said, a court must be convinced that a “heavy burden” has been met. “The court decided that it didn’t want to intervene now,” she explained. “Their last sentence in the order basically tried to throw a bone to folks by saying ‘we’re not weighing in on the merits of the constitutional challenge and we’re not saying that [the petitioners] won’t otherwise be able to procedurally succeed in Texas state court.’”

Justice Elena Kagan’s dissent took issue with that method of handling the request for an emergency injunction that would block S.B. 8. Kagan forcefully asserted that the court majority’s order was “effectively a stamp of approval on this statute,” Smith said. The former Harvard Law School Dean, appointed to the Supreme Court by President Barack Obama, also criticized the court’s handling of cases that are not accompanied by full briefing and oral argument. The court’s recent practice in handling those disputes, she said, “is emblematic of too much of this Court’s shadow-docket decisionmaking — which every day becomes more unreasoned, inconsistent and impossible to defend.”

Roberts’ dissent sounded a similar theme. The chief justice, who was appointed to the center seat on the court by GOP President George W. Bush in 2005, wrote that the Texas abortion law is “unprecedented” and “insulate[s] the state from responsibility.” He explained that he thought an injunction against S.B. 8 was appropriate to preserve the current state of access to abortion in the Lone Star State while the court decides “whether a state can avoid responsibility for its laws in such a manner.”

Justice Stephen Breyer, an appointee of President Bill Clinton, said in his dissent that, while he recognized the majority’s concern about the application of Ex parte Young, he did not see “why that fact should make a critical legal difference” given that the dispute involved a possible “invasion of a constitutional right.”

Justice Sonia Sotomayor’s dissent was the most lengthy of the four attached to the court’s order. She accused the majority of issuing a “stunning” decree. “Presented with an application to enjoin a flagrantly unconstitutional law engineered to prohibit women from exercising their constitutional rights and evade judicial scrutiny,” the Obama appointee wrote, “a majority of the Justices have opted to bury their heads in the sand.”

She said the court had acted in a way that is “untenable.” “The Court finally tells the Nation that it declined to act because, in short, the State’s gambit worked,” Sotomayor said, lambasting the majority for its citation to “complex and novel antecedent procedural questions” as justification to let the Texas Heartbeat Act go into effect. “It cannot be the case that a state can evade federal judicial scrutiny by outsourcing the enforcement of unconstitutional laws to its citizenry.”

Smith, who served as a law clerk to both a 10th U.S. Circuit Court of Appeals judge and a Colorado Supreme Court justice before entering practice, thinks the justices in the majority may have erred by neglecting to discuss U.S. District Judge Robert Pitman’s opinion that analyzed whether the Ex parte Young procedural obstacle applied to the battle over the so-called Texas Heartbeat Act. “In my opinion, the district court’s analysis was correct,” Smith said. “This is precisely what Ex parte Young is supposed to allow — an injunction against state statutes that violate federal constitutional principles.”

The Holland & Hart litigator noted that, were the Supreme Court’s reasoning in last night’s order applied in other contexts, it is possible that legislatures could use the private enforcement mechanism of the type included in S.B. 8 to get around other constitutional limits. “You could theoretically circumvent all sorts of federal constitutional principles,” she said. “Not just the right to privacy that’s been applied in the context of abortion, but the First Amendment, too. You could circumvent a whole variety of things so long as you just deputize private citizens to do your dirty work for you.”

On the other hand, Smith pointed out, the Supreme Court has long held that courts are not permitted to enforce an unconstitutional law. She explained that, in the 1948 decision in Shelley v. Kraemer, the justices applied that principle to forbid enforcement of racially restrictive real estate covenants. “Here, to me, the same thing is going on,” she said. “I think the court would actually be unable to enforce the law because for the court to enforce the [Texas abortion] law would, in and of itself, be unconstitutional in the same way that it would be unconstitutional to [enforce] a racially restrictive covenant.”

For now, though, Smith said, the problem faced by women seeking abortions in Texas or those who are subject to the private lawsuits aimed at any person who helps them do so that are authorized by S.B. 8, is finding a way to get a judge to decide the merits of a constitutional challenge. “I truly think that the way the Texas legislature has crafted it, at least for the time being, is an effective way to circumvent judicial review,” she explained. “But I don’t think all hope is lost. I do think there are procedural ways to challenge this going forward. This shouldn’t be taken as the last legal [word].”