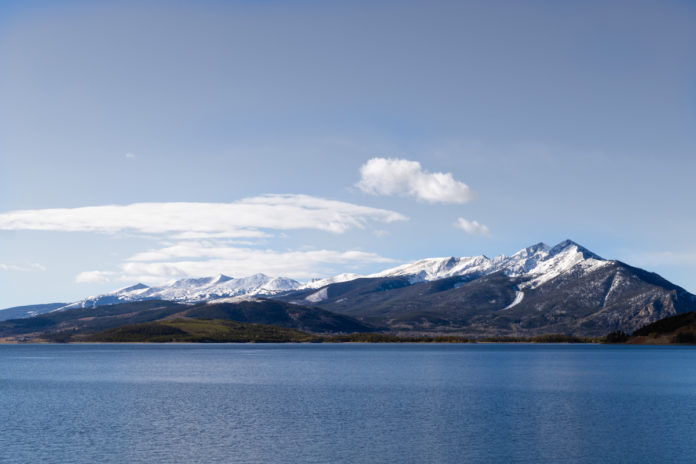 You don’t have to look any further than a Colorado Supreme Court oral argument schedule to get an idea of how complex water law is in the West. With terms such as the “prior appropriation doctrine” and “beneficial use” central to water law’s framework, it may seem about as niche as a practice area can get. Even Supreme Court Justice Elena Kagan described her understanding of disputes in Western water law as “big square states that have water problems.”

But in reality, water law isn’t just relevant to water referees, judges and lawyers who specifically practice it. Water law experts say the area is really a type of property law, rather than environmental law. That framing brings in issues such as access, real estate and constitutional law. So it matters for real estate attorneys just as much as water judges, and for private attorneys just as much as those in the public sector.

Western water law is rooted in the need for a system to distribute scarce water resources among the region’s arid states, and Colorado is part of several interstate water compacts.

The state has a distinctive system for allocating water use rights known as prior appropriation: rights claimed longer ago take priority over those claimed more recently, known as senior and junior water rights. The system also allows rights to be sold and usage changed with approval from regional water courts. Appeals in water law cases go directly from the water court to the state Supreme Court.

“It’s so unlike the traditional way we think of property rights, where it’s like, ‘This is mine, and I own it outright,’” said Derek Turner, an assistant city attorney for Loveland. “It’s this communal public property that is not like a traditional Western European property right … and I think that’s one of the reasons why especially developers from out of state have a hard time when they start to get into the intricacies of Colorado water law.”

Before Loveland, Turner worked in the Colorado Attorney General’s Office and clerked for then-Justice Greg Hobbs on the state Supreme Court. He said the framework for water rights is designed to keep water supplies reasonably consistent between years of similar climate conditions and precipitation, so “that economics are consistent and we have some predictability.”

Hobbs, now a senior water judge and a co-director of the Sturm College of Law’s Environmental & Natural Resources Law Program, said Colorado’s burgeoning population and resulting resource strain has inflated the value of water for consumption. He said when he joined the Supreme Court in 1996, the value was about $2,000 per acre foot in northern Colorado. It’s now at about $60,000.

In addition to the population’s strain on water resources, Hobbs said climate change is also affecting planning for consistent resource use Turner mentioned. Making sure water resources will last through droughts has always been part of resource planning, but now the effect of more extreme wet and dry periods have to factor in.

“This whole conservation and water planning process is to try to confront climate change [and] provide some reliability in our supply, but also flexibility,” Hobbs said. “Conservation has to be built in on the front end.”

Tom Romero, an associate professor at the University of Denver who teaches the Sturm College of Law’s water law survey, said much of what happens in state operations day-to-day involves water, and he explains to his students that they aren’t taking an environmental law class, but rather a property class.

From the broadest perspective, Romero said, water law matters for public sector and private sector lawyers who do property work because real estate development requires getting rights to ensure access to a water supply.

Turner said Loveland requires developers to bring in water rights for new developments, and he said the city has a complex provision for reviewing and accepting the rights. He said it requires a lot of research about aspects such as the history of water rights and rules for changing irrigation water rights.

At the city attorney’s office, Turner also sometimes works with other departments such as planning and engineering on issues that can involve, for example, working with owners of old infrastructure that predates much of the town, such as railroads and ditches, for the town’s water delivery system.

“Now I think it’s fairly common for the city attorney offices to have a really strong property practice to deal with all of those issues,” he said.

Building infrastructure across those types of properties, such as pipes under railroads or roads and subdivisions across ditches, requires agreements with the owners. Turner said negotiations can be complicated because they involve protecting ditch owners against further encroachment by the new development, such as keeping people out of it and shielding from legal liability if a ditch leaks into homes. He said the city doesn’t handle those types of negotiations on behalf of private developers.

“Developers and ditch companies have some significant conflicts because they’re from such different worlds,” Turner said. “The developer [may be] coming from California and these ditch companies and the ditch boards are multi-generational Colorado natives. … That whole conflict is still really juicy because there are old statutes in Colorado that give the ditch easements and prescriptive easments. And a lot of times, they don’t have any real property interest. They just have a ditch that has been there for a hundred years.”

Generally, an easement is a right to use land owned by someone else for a specific purpose. A prescriptive easement is acquired through use of property for a defined period of time without the owner’s permission.

For a local government, water rights can also complicate eminent domain situations. Turner said a land title holder often isn’t the same as the owner of rights to water that runs across the property.

And the ability for a regulatory taking may be limited by, say, a ditch that runs through property. Because the ditch is necessary for transporting water from place to place, it would have to be moved in a taking.

Beyond the civil realm, use of water supplies by someone who doesn’t own the rights can also have a criminal law element. Romero said, for example, is a person trespassing on someone else’s property if they use a river for recreation like fishing or rafting?

It’s a question “that is always contentious here in Colorado, because it really implicates water rights; it implicates simple property ownership,” he said, adding that recreation and commerce with the state’s natural resources are major reasons people move to Colorado. “Water is one of these great places where we can have that interesting conversation about what that intersection looks like, particularly in a regime in which the water use is predicated on really strong property principles,” Romero said.