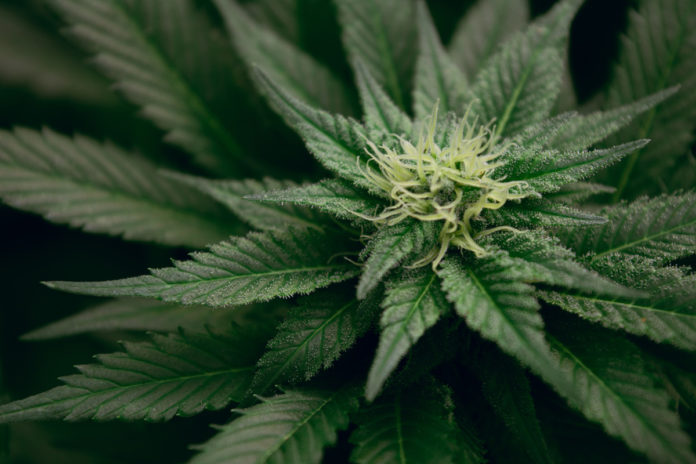 After Colorado voters approved legal retail marijuana in 2012, attorney Zane Gilmer started getting this question from his banking clients: “Can we serve cannabis companies?”

It was — and still is — a difficult question to answer that involves anti-money-laundering laws, the Bank Secrecy Act and precious little federal guidance, among other things. Gilmer started advising financial institutions on cannabis issues when he was at Perkins Coie, and today at Stinson in Denver, the financial services and cannabis niche has “taken the forefront” of his practice.

“I found it to be sort of a fascinating area,” Gilmer said.

From tax law to business litigation, lawyers who aren’t primarily cannabis lawyers have expanded their practices to serve cannabis businesses or help traditional businesses work with them. With 11 states having legalized recreational marijuana, it’s become more common to see a BigLaw website including “cannabis law” in its list of services, perhaps below bankruptcy and above corporate governance.

Law firms, some more quickly than others, have decided it makes sense for them to extend their legal services to the legal marijuana industry, Gilmer said.

“The cannabis companies happen to have some more complex legal issues given the dichotomy with federal law [and state legalization] that other businesses don’t have to face, but at the end of the day, they all have the same types of legal issues that they need lawyers to help with,” Gilmer said.

Law firms’ traditional clients, who, becoming more open-minded and wanting to serve or invest in the marijuana industry, have pressured firms to branch out into cannabis-related legal issues, Gilmer said. And some BigLaw firms that started doing cannabis work were reluctant to advertise it, he added, though that’s changing, too. “The full stigma hasn’t been lifted but, certainly, it’s been minimized.”

Outside GC for MJ and CBD

Some Colorado attorneys’ practices took on a cannabis niche through their business network and referrals. This was true for Henry Baskerville, a Denver-based trial lawyer whose experience has run the gamut from corporate disputes, white-collar defense and construction litigation.

“I don’t consider myself to be a cannabis lawyer,” said Baskerville, a partner at Denver-based Fortis Law Partners. But today he has what he calls a “pretty robust cannabis practice” that developed “more by happenstance than by design.” He started getting cannabis-related work through friends in the industry and then more through word-of-mouth.

Primarily Baskerville handles business divorces and similar civil litigation, and “there’s a lot of that going on in the cannabis industry.” Today he’s assumed an outside general counsel role for more than a dozen cannabis companies, in addition to other small businesses he works within other industries. “I’m the guy they call whenever they have a legal problem.”

Generally, if it’s a contract or employment issue the cannabis client has, Baskerville refers them to his colleagues at Fortis who handle that, and if it’s business litigation, he tends to take it on himself. The way his firm approaches it, Baskerville said, cannabis clients are just like any other clients — they just deal in a highly regulated product. “The issues that they have are identical to the issues another business would have, whether it’s a restaurant or a brewery,” he said; they have to hire and fire employees and negotiate contracts just like any other company. “My overarching opinion would be that it’s no different. We have a lot of legitimate people trying to do good work and get into a budding — no pun intended — industry.”

But there are distinctions, even setting aside marijuana-specific regulations. Being a business litigator, Baskerville sees cannabis clients sometimes run a higher risk of forging risky partnerships or doing business with fraudsters in the young industry. For example, he’s had clients get ripped off by vendors when trying to make bulk purchases of marijuana flower or biomass and never receiving the product. The industry still has plenty of players accustomed to the black-market methods of doing business.

Attorneys can develop a niche practice that’s driven mostly by trends in litigation or enforcement. For example, a lawyer who handles tax controversy will naturally accumulate work based on whatever the IRS happens to be going after, and lately the agency has been focusing on marijuana companies.

Jennifer Benda, a tax lawyer and partner at Hall Estill in Denver, has a clientele that’s about 50% marijuana-related businesses. On the tax side, marijuana sellers have challenging issues in inventory accounting, an area where Benda had a lot of experience, and whether certain tax code provisions apply to the cannabis industry, she said.

The marquee tax issue facing cannabis businesses is 26 U.S. Code Section 280E, which says businesses that deal in a Schedule I or II drug under the Controlled Substances Act can’t take tax deductions or credits. Many marijuana businesses in Colorado both cultivate the product and operate a dispensary storefront. Broadly speaking, their costs related to producing inventory are allowed as deductible but costs related to operating the dispensary — employees, rent, utilities, etc. — generally aren’t, Benda said. But arguments can be made that certain activities that take place at a dispensary, like packaging, could be included as inventory costs, she added.

“The tax burden is very high on [cannabis businesses], and so they do have a different approach to certain things based on these inventory issues … that might not exist for a traditional business,” Benda said. For example, for cannabis clients she tends to argue to the IRS to include more in inventory costs, whereas the agency wants to recognize less — which is the opposite stance the IRS takes in typical tax controversy issues. “Here, if you don’t put a cost in inventory, you can’t deduct it,” Benda said. “So what I tell the IRS all the time is you would let me do this if it was any other industry.” That opposite stance, and the “intellectual curiosity” Benda had about it, was part of the draw for her to work with cannabis tax issues, she added.

Even when they’re coming at marijuana law issues from different disciplines, attorneys tend to be in the same boat when it comes to shifts in federal law. The Farm Bill of 2018, which federally legalized hemp and cannabidiol, was a game changer felt by attorneys working on cannabis issues from nearly every legal area.  For banking clients, the Farm Bill actually added confusion, Gilmer said. Even if it was a theoretical green light for them to serve companies exclusively dealing in hemp, they could still be dealing with a federally illegal marijuana company, by definition, if that company happens to produce a crop above the legal 0.3% THC limit.

“The irony here is that marijuana, from a financial services perspective, is easier than hemp,” Gilmer said. “And you wouldn’t think that … because there’s at least some conduct that is unquestionably lawful on the hemp side.”

The robust state regulatory regimes, like Colorado’s, create marijuana markets that strike a contrast with less mature and more loosely regulated federal markets in CBD. Baskerville said that while the barriers for entry in the marijuana business are “quite high” — like in Colorado, where a felony drug conviction precludes a marijuana business license — the barriers are low in CBD. That means in CBD, at least for the time being, there’s a greater risk of running into less sophisticated businesses or even scammers. The federal shift on hemp and CBD is one example of where legalization brings more legal uncertainty. And in cannabis more legal uncertainty brings more work for lawyers of all stripes.