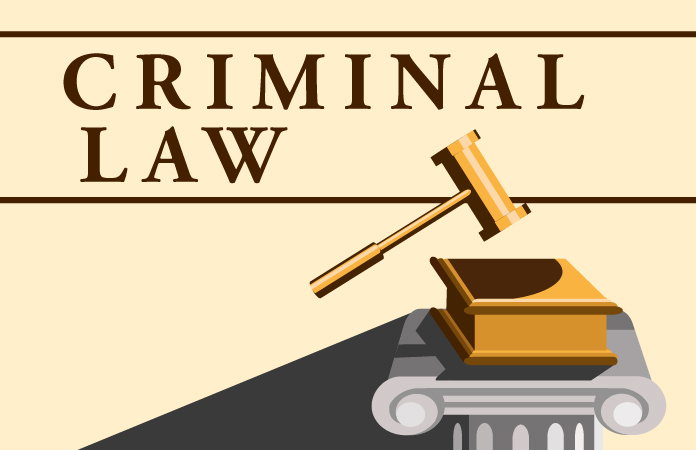 Multiple laws were passed by the Colorado General Assembly this year that could have a major impact on crime.

One of the major bills dealt with fentanyl and went into effect July 1. The synthetic opioid can be 50 times stronger than heroin, according to the Centers for Disease Control and Prevention.

“We went into the legislative session with some priorities that district attorneys thought needed to be addressed,” said Arnold Hanuman, the deputy executive director at the Colorado District Attorneys’ Council. “First and foremost was the problem with fentanyl.”

Hanuman added it ended up being a much bigger bill, but addressed the concerns DAs have with more than $54 million being directed toward the law.

“I think it’s important to recognize … whether the defense bar or the prosecution had concerns or issues with that bill, at the end of the day the package that was passed by the legislature was really significant,” Hanuman said.

Tristan Gorman, the policy director for the Colorado Criminal Defense Bar, had a different take on the fentanyl law. Gorman said it has a wide ranging impact on multiple levels of fentanyl crimes including for distributors and by creating a strict liability drug induced homicide crime.

Gorman elaborated, saying there is also no requirement for drug induced homicide that the fentanyl itself, and not something else in the substance, cause the death. That sticking point can be applied to simple possession as well. According to the law, it will be up to the courts to decide if a person knew they were in possession of fentanyl which comes into play when someone possesses a combination of drugs.

“There’s already case law in Colorado that says if you knowingly possess, say a baggy of white powder, and you thought it was cocaine but it was actually heroin, then you could be found guilty of knowing possession of heroin,” Gorman said. “That didn’t tend to matter so much when the defense classifications and the penalties were all the same, but now that fentanyl has elevated penalties, you could think you have a baggy of pure cocaine, [but] there’s actually a teeny tiny dusting of fentanyl in it … if there weren’t that dusting of fentanyl, you would be guilty of a misdemeanor possession of cocaine.”

The law also changed what constitutes felony level possession. For example, it used to take between 14 to 225 grams of a substance with fentanyl to be charged with level two felony distribution. It’s now between four and 50 grams, which can include a mixture of fentanyl and other substances. Under the new bill, you could also be charged with felony possession if you have more than one gram of fentanyl, even if compounded with other substances. It used to be up to four grams.

A bill that did not pass involved deceptive tactics used in juvenile interrogations. The proposed law would have banned police officers from lying to kids when questioning them in order to obtain a statement or admission.

Gorman said law enforcement and prosecutors objected to that, but is hopeful to bring back the juvenile interrogations bill next year, saying it not only helps the defense, but also helps victims.

“We believe [it would] dramatically reduce the use of false confessions in juvenile cases that lead to wrongful adjudications,” Gorman said.

Hanuman said the bill would have caused problems for prosecutors making it harder to try cases.

“Fortunately, in our view, that didn’t pass, because it wasn’t structured very well,” Hanuman said. “I think at the end of the day, the legislature did the right thing in not moving that bill forward because in its version that was introduced, it was not ready for primetime.”

Another juvenile bill that Gorman said got gutted would’ve raised the minimum age of prosecution in Colorado from age 10 to 13, unless it’s a homicide. Instead, the bill was whittled down to a task force, after opposition from law enforcement and prosecutors.

The task force will look at gaps in services for juveniles between ages 10 and 12 and determine if any issues would be created if the minimum age of prosecution of juveniles is changed to 13. They would also make recommendations for the service gaps that are identified.

Hanuman also brought up the bill in connection with reducing criminal justice involvement with younger children.

“There’s a process for which these bills go through and there’s input and areas of debate, but [the intended bill] would have done significant harm, I believe, to juveniles without ensuring they had the proper services,” he said.

Another bill the defense bar was hoping for that didn’t pass would have addressed implicit bias in jury selection.

Gorman said that failed because of uniform opposition from district attorneys.

“They all came and testified to the Senate Judiciary Committee, that yes implicit bias in jury selection is a problem in Colorado, but no you should not legislate to fix it,” Gorman continued. The issue is now in front of the Colorado Supreme Court rules committee.

Gorman said one bill was passed that is helpful to defense attorneys and made the process of sealing criminal records easier. Adding before you had to know about your eligibility and hire a private lawyer or do it pro se. The bill that passed will make it so some of those records get sealed automatically.

Prosecutors did get a victory involving witness intimidation, saying the statute needed updates.

“We had concerns that people who are suspected of crimes were exerting influence on those that may impact the case,” Hanuman said. “Either when law enforcement is investigating it or after charges have been filed and people are listed as witnesses and victims, that there would be [a way] to influence those individuals through a third party.”

Hanuman said the law really didn’t account for that, so individuals suspected of a crime could harass or threaten a third party which could impact a victim or witness.

Another bill prosecutors were focused on that was approved involved the language used in a sexual consent law.

Hanuman said it boiled down to a discrepancy in outdated law which made it difficult for juries to make a decision.

One other bill Hanuman mentioned that should help both sides was Senate Bill 188, which creates a program to help public defenders and prosecutors access counseling services and educational programs that teach about job-related trauma along with how to prevent and treat trauma. The bill appropriated $500,000 to the program.