Menu Labeling Is Now The Law

Attorney Fees to be Reconsidered After 10th Circuit Analysis

On the Road Again

Attorney Fees to be Reconsidered After 10th Circuit Analysis

On the Road Again

Menu Labeling Is Now The Law

IP law has seen some big shakeups at the country’s highest court in the past year, from last week’s Supreme Court decision regarding inter partes review to prior opinions on “disparaging trademarks” and using tribal governments as patent havens. In this week’s issue, we look at some of those major cases as well as a relatively uncommon method to combat patent infringement overseas. 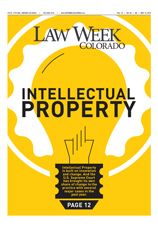