Simmons, DGS Partner, Talks Baseball and the Merits of Mint for 5Q

As the world recovers economically from the COVID-19 Pandemic, large-scale mergers and transactions are returning to most industries. This quarter, 46 Big Deals were reported to Law Week. We had 31 deals reported for the second quarter last year, and that was roughly half what was reported in 2019. 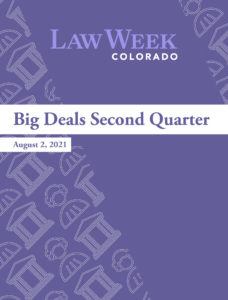